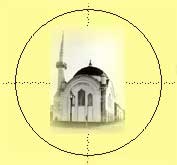 According to a recent report in the Newsweek, FBI has been asked to count local mosques to determine the goals of counter-terrorism investigations and secret wiretaps. Soon thereafter, a prominent national civil rights and advocacy group, the Council of American-Islamic Relations called on government to rescind this senseless directive.

Mosques are a place for Muslim prayer, supplication, reflection and study of the Islamic holy scriptures, just as a church and synagogue is for a Christian or Jew. It is not a place for useless, or ill talk of any kind.  The rights of worshippers, in or outside of it, must be protected and its sanctity must likewise be guaranteed.

Similarly, Islamic schools and mosques in Muslim countries are often accused as a breeding ground for "terrorism." It is a flawed conclusion because it negates an established tradition of Muslim people. And, it wrongly looks at these as the basis for "terrorism."

Islamic schools teach the Islamic faith - its ethical and moral principles, and its scholarship, just as is done by Christian or Judaic schools for their faiths. Their curricula encompass, from the primary reading of the Quran and essentials of faith, to the advanced Tafsir (Quranic exegesis), provided by a respected scholar, along with Hadith (sayings of the Prophet of Islam) and Fiqh (Islamic Jurisprudence).

These schools have been traditionally following the same curricula, over several generations and hundreds of years. And, there is nothing in the courses that could be remotely associated with terrorist teachings. In fact, the incidences of violence are very low among graduates from these schools.

This is because religion is the fountainhead of morals, providing incentive towards that which is good and a deterrent from that which is bad. Wherever religion is restricted, lax morals, crime and corruption become widespread. Fanaticism and intolerance result from misguided approach to religion: and pre-eminent Islamic scholars worldwide decry terrorism as a grave violation of the sanctity of life principle, especially of the innocent.

Actually, it is the secular schools, colleges and universities where armed groups exist and incidents of terrorism occur. The miscreants involved in the 9/11 terrorist attack were all products of the secular, and not Islamic schools, including their leader, Osama bin Laden.

Often, a case against religious schools is made, by giving the example of Taleban. One could reasonably ask such critics, "Where did they learn this art?" It was actually during the war with the USSR, and they received this training with active assistance of the United States.  Since this fact is generally acknowledged, the question, therefore, is, why should unrelated others be accused of it?

It has been concluded time and again by all concerned with Muslim countries - those who know better, that the cause of terrorism lies in the policies adopted by the West, and in particular the US towards the Muslim countries. Terrorism is an act of desperation by those deprived of their rights; all it needs in order for it to end, are just and fair solutions.

Muslim frustration with the United States is largely due to its unjust alignment with Israel against Palestinians, while Israel violates agreed upon accords and continues the occupation, raiding Palestinian homes and killing civilians and children with US supplied tanks, gun ships and F16s.

It has instituted mindless cruel sanctions on Iraq, which, in a decade, have caused the death of 500,000 adults - mostly elderly, and more than 500,000 children with another 50,000 added annually, according to the UN reports.

And yet the advocates of neo-imperialism plan to annihilate them in an unprovoked pre-emptive war.

Siraj Mufti, Ph.D. is a researcher and free-lance journalist.

Integration of Knowledge As A Way Forward

Tides of support buoy a city's displaced Muslims
Disclaimer
The opinions expressed herein, through this post or comments, contain positions and viewpoints that are not necessarily those of IslamiCity. These are offered as a means for IslamiCity to stimulate dialogue and discussion in our continuing mission of being an educational organization. The IslamiCity site may occasionally contain copyrighted material the use of which may not always have been specifically authorized by the copyright owner. IslamiCity is making such material available in its effort to advance understanding of humanitarian, education, democracy, and social justice issues, etc. We believe this constitutes a 'fair use' of any such copyrighted material as provided for in section 107 of the US Copyright Law. In accordance with Title 17 U.S.C. Section 107, and such (and all) material on this site is distributed without profit to those who have expressed a prior interest in receiving the included information for research and educational purposes. For more information go to: http://www.law.cornell.edu/uscode/17/107.shtml If you wish to use any copyrighted material from this site for purposes of your own that go beyond 'fair use', you must obtain permission from the copyright owner.