Do you Know How Many Mosques are in Ukraine? - IslamiCity
Welcome to the world's oldest and most recognized Islamic Web site. Have a blessed Ramadan! Login/Sign Up

There are more than 160 mosques and Muslim places of worship in Ukraine. There are also 90 Muslim Sunday schools and 7 theological universities. About ten mosques are architectural monuments.

Muslims have lived in the territory that makes up modern Ukraine for centuries. Estimates of the Ukrainian Muslim population vary. According to the 2012 Freedom Report, there were 500,000 Muslims in Ukraine, including 300,000 Crimean Tatars. A 2011 Pew Forum study estimated a Ukrainian Muslim population of 393,000, but the Clerical Board of Ukraine's Muslims claimed there were two million Muslims in Ukraine as of 2009.

Following is a profile of six Mosques in Ukraine: 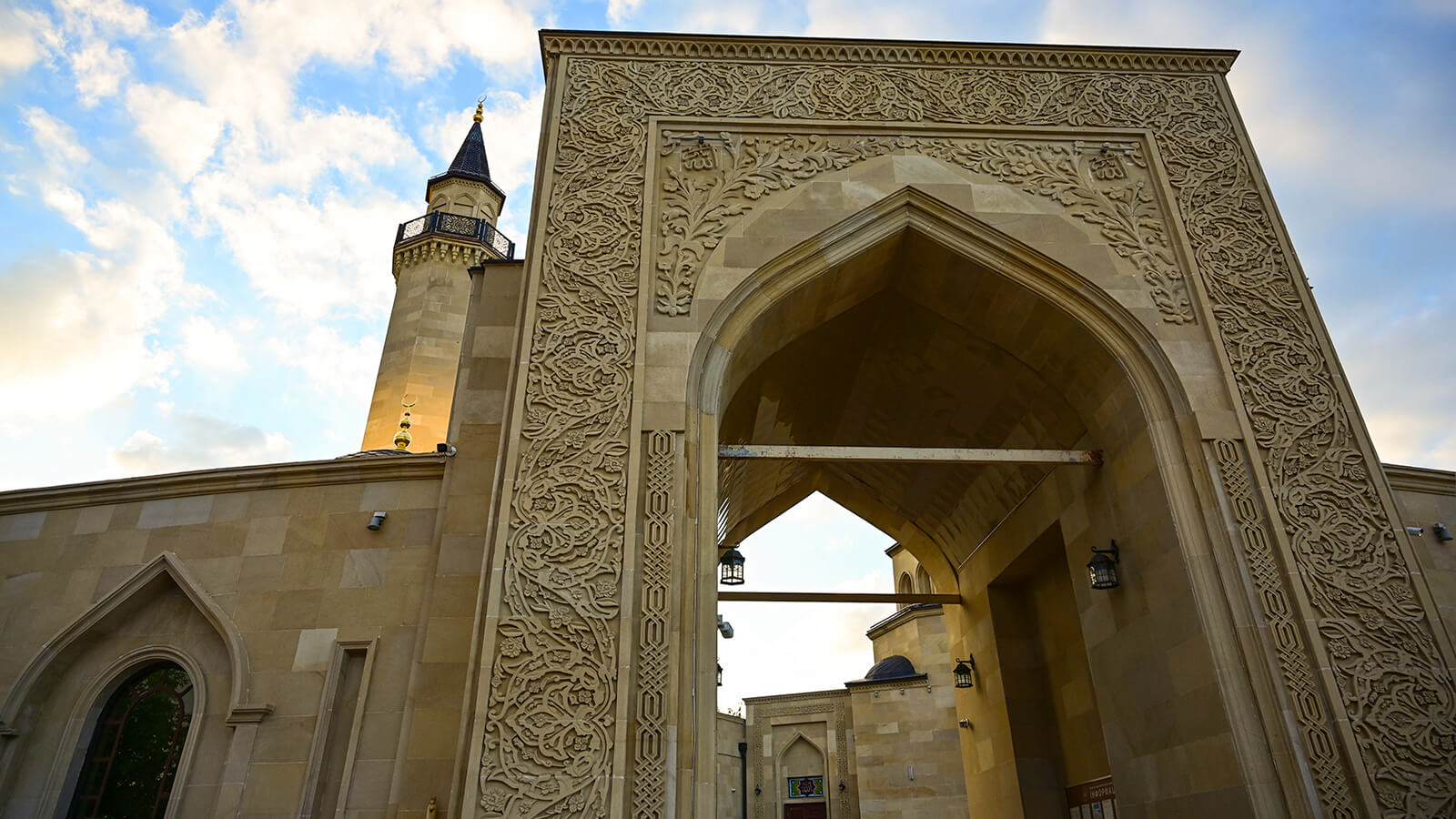 Ar-Rahma is the first mosque in Kyiv, translated in English it means Mercy mosque. It has a twenty-seven meter high minaret. In addition to a place of worship, it has a school. It is located on the slope of Schekavytsia on Tatarka. The Mosque can accommodate as many as three thousand people. It was built with the funds donated by the Muslims living in Kyiv. The city authorities allocated a place for the building in 1996. The Muslim community of Kyiv had aspirations to build a mosque since the 19th century. However, it was just in the year 2000 that the first phase of the building was completed. In 2004, authorities allocated additional space to expand the Islamic complex. The final opening of the Ar-Rahma Cathedral Mosque took place in December 2011. 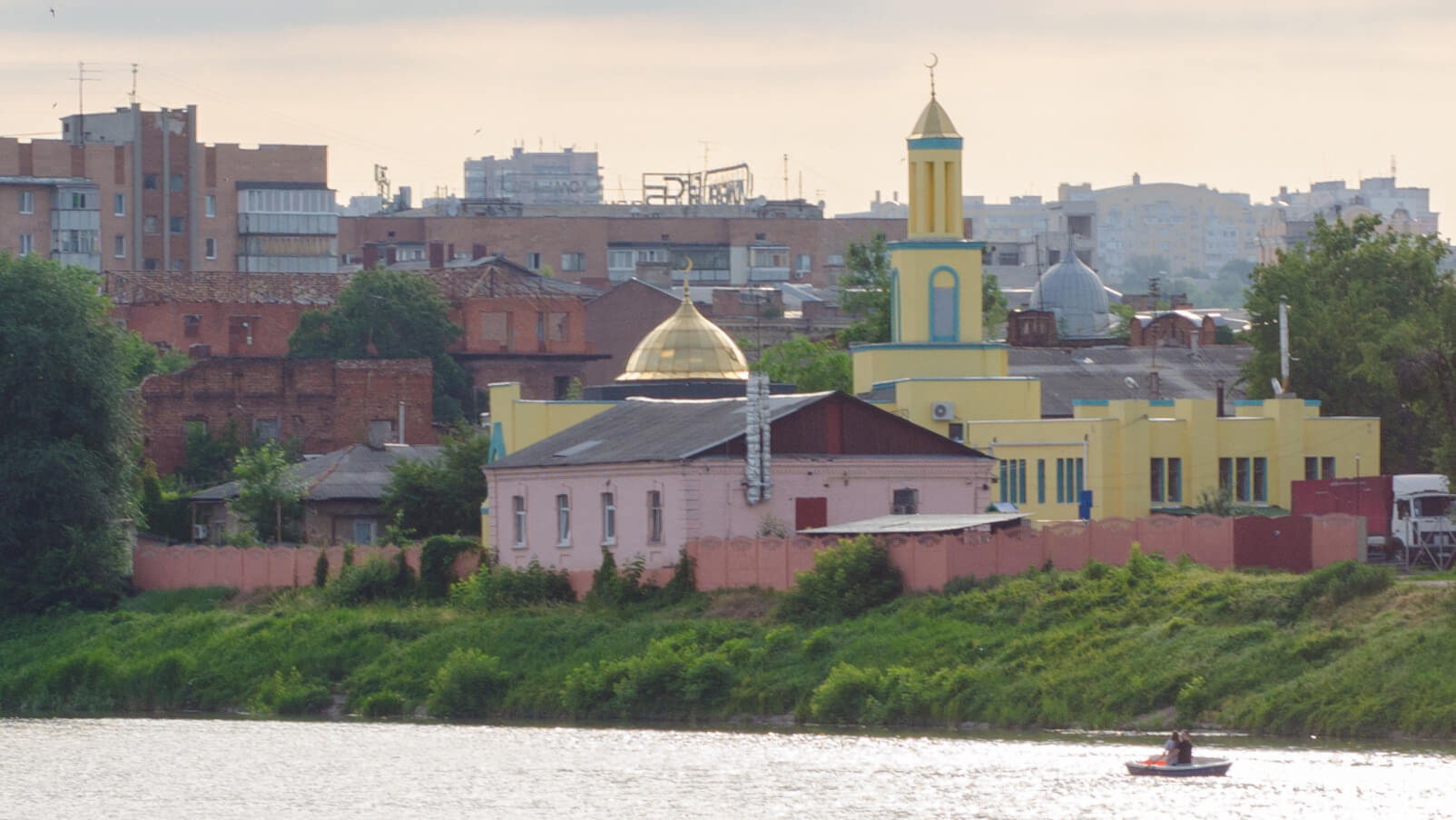 The Kharkiv Cathedral Mosque was first built in 1906. In 1936 it was destroyed by the Soviet authorities and it was rebuilt in 2006 on the same site. The construction of the mosque was necessitated by the considerable growth of the Muslim community in Kharkiv in the second half of the 19th century. It is believed that this growth was due to the deployment of the Tatar-Bashkir cavalry in the city during the Russo-Turkish War (1877-1878). 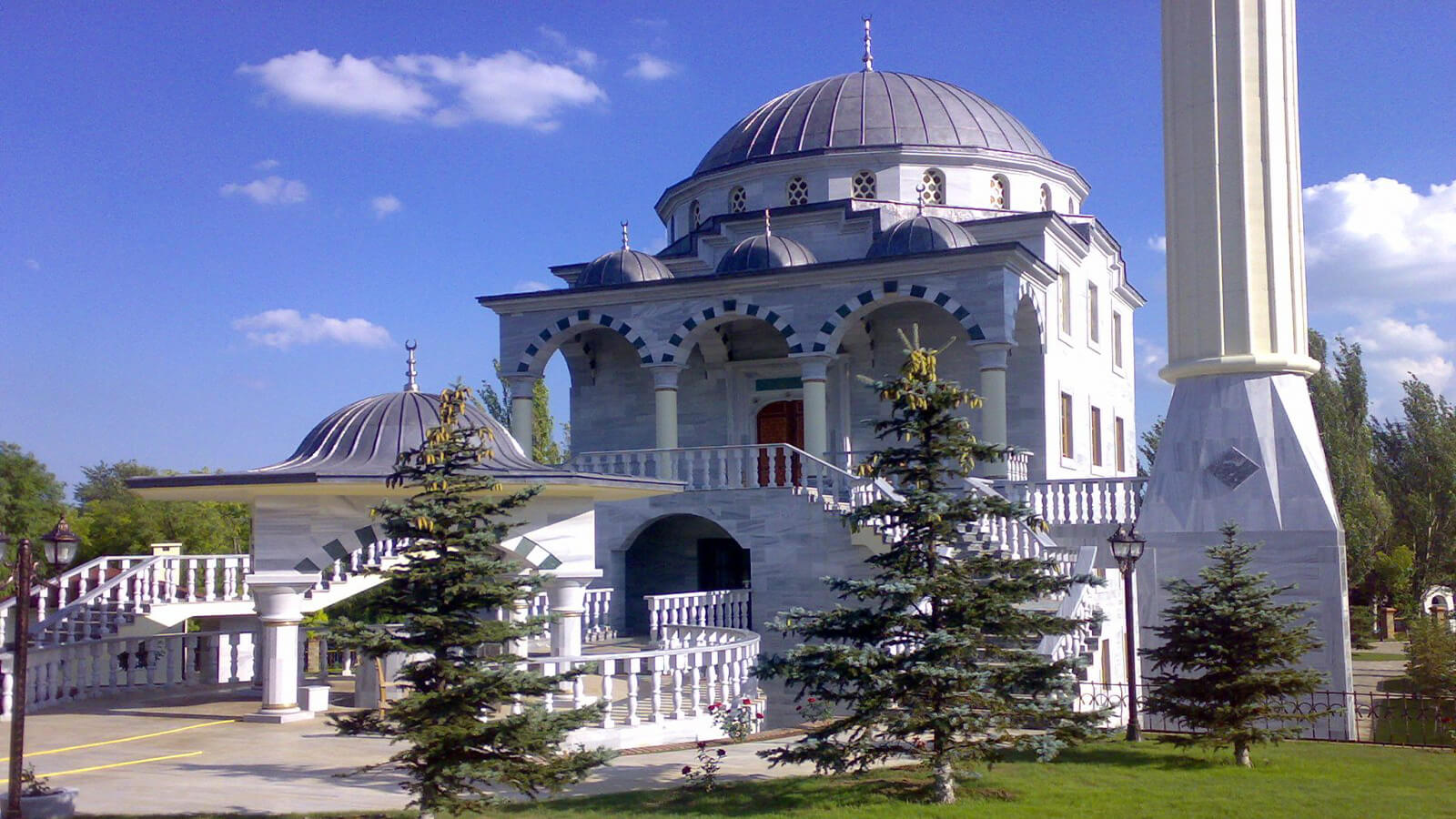 Mariupol Mosque is one of the most luxurious mosques in Ukraine. It is located in the Primorsky District with the Islamic Center named after Suleiman the Magnificent and Roksolana. The opening took place in October 2007. The architectural project is similar to the one which is in Suleymaniye Mosque in Istanbul. 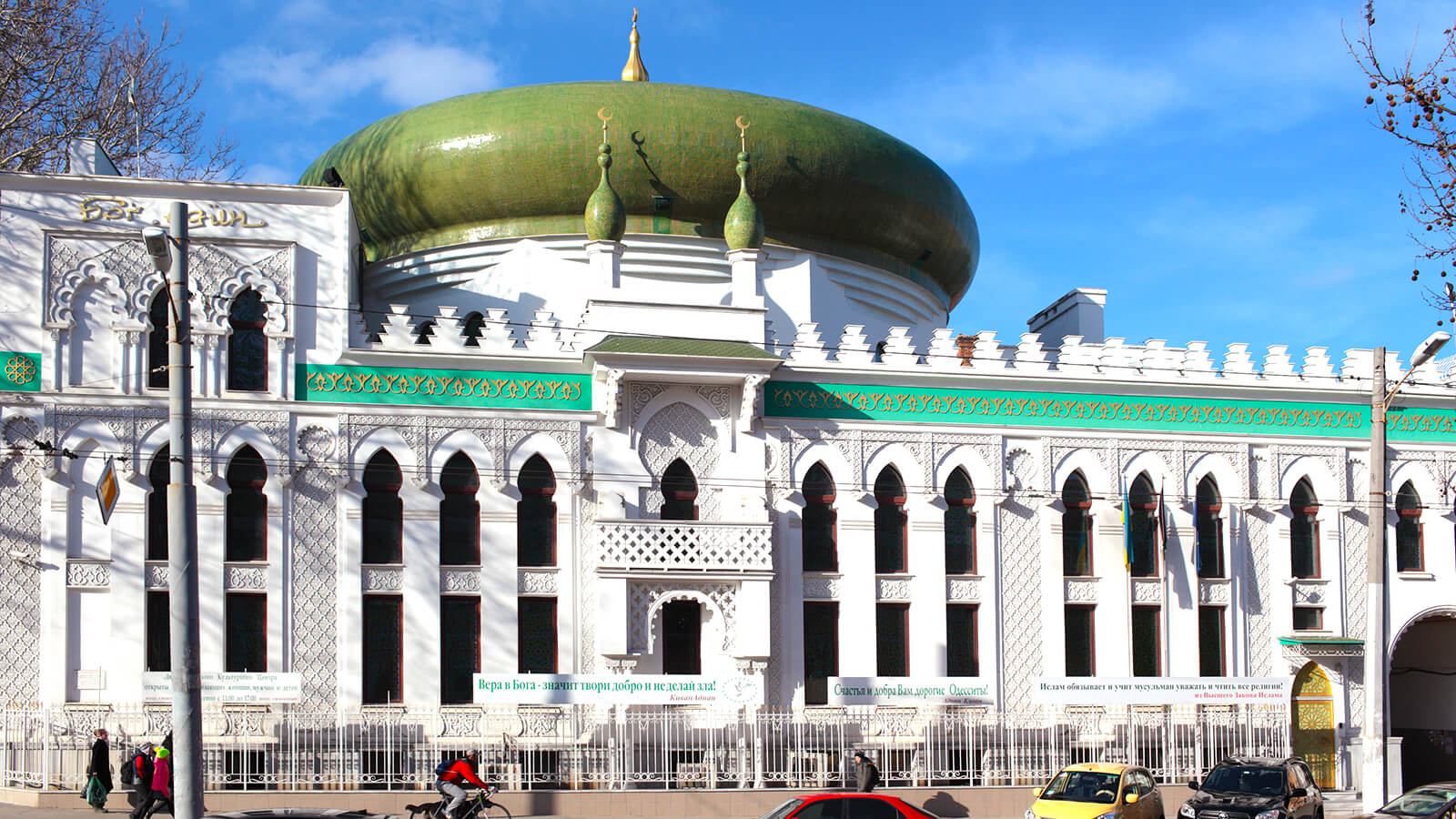 Al-Salam Mosque and Arabian Cultural Center in Odessa was built in 2001 with the active participation of a Syrian patron. The townspeople took the project with great interest, which is not surprising because once there was a Tatar settlement Hadzhibey with a Turkish fortress on the territory of the city. During the Soviet regime, Muslim culture along with other religious expressions was suppressed, so the Odesa Muslim society was officially registered only in 1992. 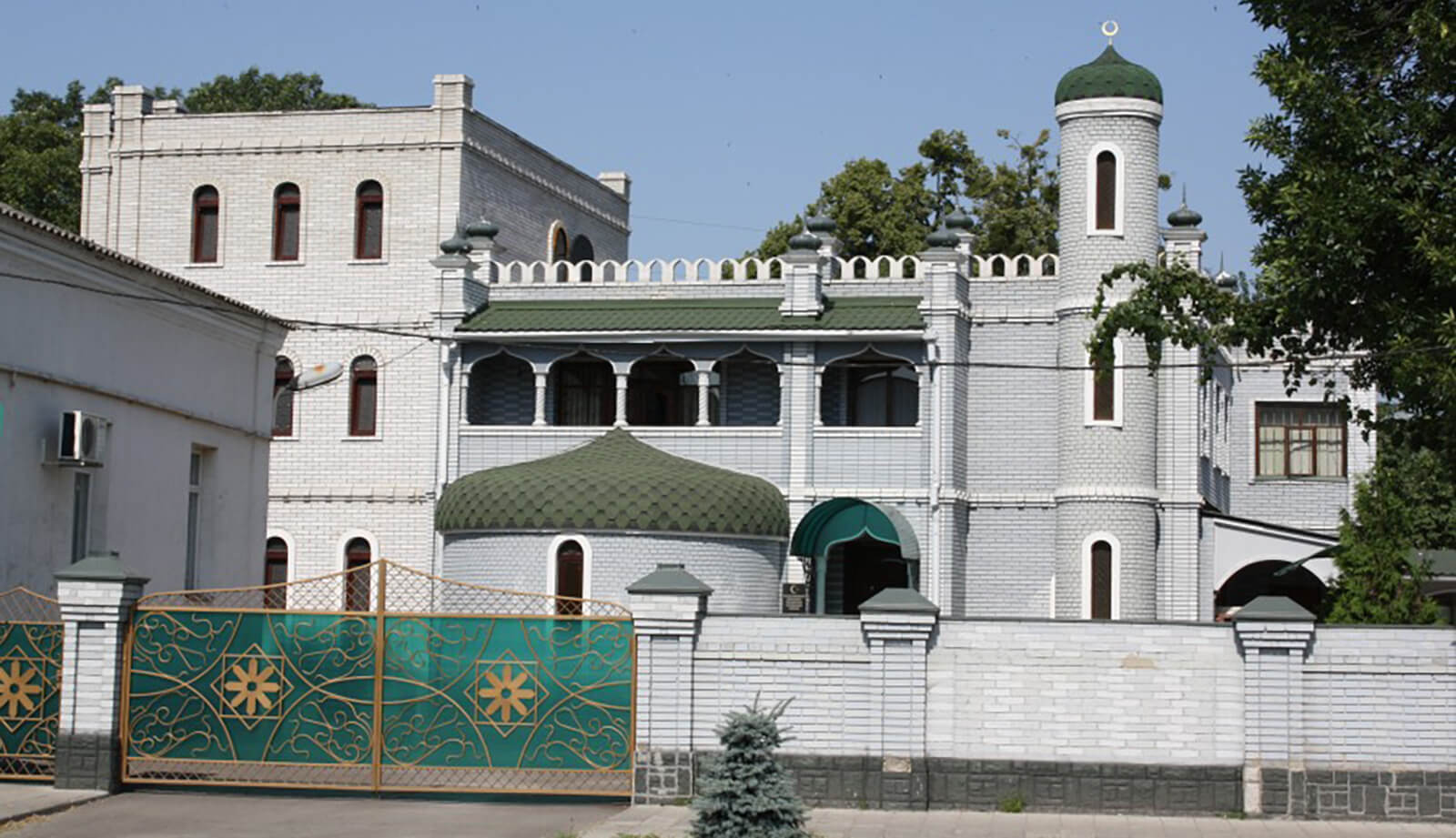 Poltava City Mosque was built in 2000, and the Muslim community in the city was registered in 1998. Here you can learn Arabic, read the Koran, register marriages according to Muslim customs. And in 2002, the construction of a Muslim cemetery was completed. 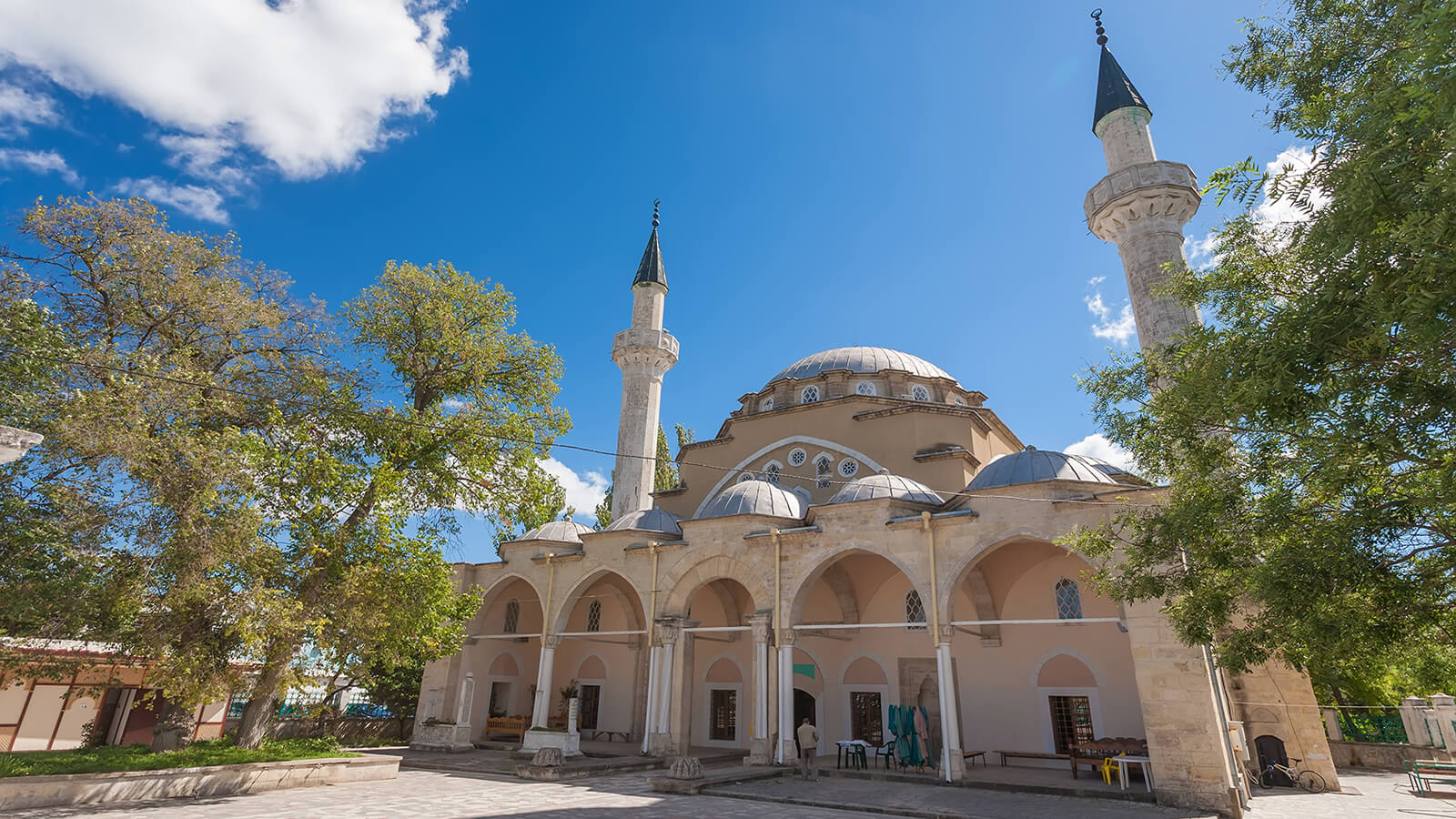 Novooleksiyivska Mosque is also known as Aji Belal Jami or Juma Jami. It was built in 2002 in Novooleksiyivka, Kherson region. The mosque accommodates a library and classrooms.

Qatar: Pearl of the Future

Islam and Representation of Man in Art

The Humanism of Da Vinci's "Mona Lisa" and Michelangelo's "David"

Taj Mahal: The Jewel of Muslim Art in India

What's Missing in the Teaching of Islam?
COMMENTS DISCLAIMER & RULES OF ENGAGEMENT
The opinions expressed herein, through this post or comments, contain positions and viewpoints that are not necessarily those of IslamiCity. These are offered as a means for IslamiCity to stimulate dialogue and discussion in our continuing mission of being an educational organization. The IslamiCity site may occasionally contain copyrighted material the use of which may not always have been specifically authorized by the copyright owner. IslamiCity is making such material available in its effort to advance understanding of humanitarian, education, democracy, and social justice issues, etc. We believe this constitutes a 'fair use' of any such copyrighted material as provided for in section 107 of the US Copyright Law.