Islamic Recovery Revolution: Approaches to Substance Misuse - IslamiCity
Welcome to the world's oldest and most recognized Islamic Web site. Have a blessed Ramadan! Login/Sign Up

“Islam is a liberation therapy, and in part, a process of recovery and revolution against the bang of Satan’s two hammers, alcohol and other drugs (AOD), and gambling” (Alameen)

Share with all in need of such knowledge that this is the end of the all-important pioneer (stabilization) period of Islamic recovery in America (1900 to present). Now begins the modern era of scientific Islamic wellness. Recognize that Islamic recovery is a process of transformative liberation by the Quran and Sunnah. It is only by the Power of Allah Most High that we move toward success on the path of wellness. Know that addiction and uncontrolled problem thoughts, and behaviors can be eradicated and or treated; accordingly, this is the basis of modern Islamic recovery and counseling. Let us come to know and agree that the glorious Quran is the primary healing tool, and a recovery wellness document. Know that Muhammad (ﷺ) is the recovery prophet “In the Messenger of Allah you have the perfect example.” (Qur’an 33:21), and his Ummah was, is, and remains, the first, and largest faith based recovery community, on complete abstinence from AOD and gambling, including other conditions within the obsessive-compulsive disorder spectrum, in the history of this planet.

Ramadan is the month of Islamic recovery and a time for awareness of Islamic mental health. Let us firmly establish the divine four element methodology (K.A.S.M. learning theory) which is contained in the surah Al Asr (Alameen, 2009). Recognize that we must settle on a common language, Islamic taxonomy, and ethical framework for the Muslim in recovery (MIR) using models like the 7 Principles of Change, and K.A.S.M. learning theories which are adapted from Al Asr, (chapter 103).  The Holy Quran. must be the primal starting point for the development of all aspects of Islamic counseling, human services, and mental health (Alameen, 2009;2017).

Know, that for the Bani Hashem of America, or the indigenous African American Muslims, Islam is a liberation therapy, and in part, a process of recovery and revolution from the touch of Satan’s two hammers: alcohol and other drugs (AOD), and gambling (which also includes other conditions within the obsessive-compulsive disorder spectrum). Recovery is linked to the ghosts of transatlantic slavery, colonization, techno-based distractions from the worship of Allah, and subsequent psychological and or chemical bondage to the creation rather than the Creator.

Despite the enormous wealth and knowledge among our many doctors of science and medicine we do not own and operate Muslim-centered social services which support our regional needs. We must build and support Muslim recovery orientated systems of care based collaborations between human service organizations like Project T.A.U.B.A.H, Muslims Thrive, Millati Islami, Jamatul Kaffarah, National Institue of Muslim Human Service Practitioners [nimhsp.com]), C.R.I.S.I.S Recovery Network – Smart Inc., and M.I.B. to organize the needed future hospitals, geriatric centers, and advocacy groups among other human service organizations, besides which, are currently virtually non-existent. 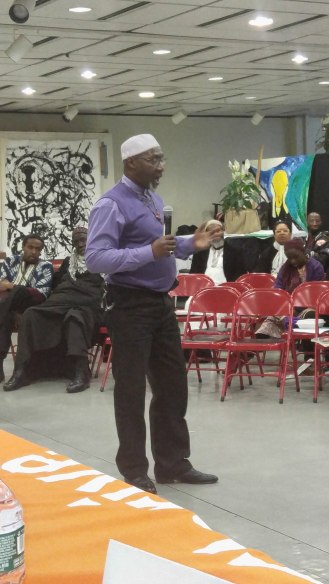 Here are the faces and voices of the modern revolution in Islamic recovery. Our movement has been reignited and listed below are some of our common and most general understandings!

Universal Principle for a Healthy Society

Beverages That Go Beyond Hydration
COMMENTS DISCLAIMER & RULES OF ENGAGEMENT
The opinions expressed herein, through this post or comments, contain positions and viewpoints that are not necessarily those of IslamiCity. These are offered as a means for IslamiCity to stimulate dialogue and discussion in our continuing mission of being an educational organization. The IslamiCity site may occasionally contain copyrighted material the use of which may not always have been specifically authorized by the copyright owner. IslamiCity is making such material available in its effort to advance understanding of humanitarian, education, democracy, and social justice issues, etc. We believe this constitutes a 'fair use' of any such copyrighted material as provided for in section 107 of the US Copyright Law.