Help Bring Sweetness of Dates to Syrian Refugees - IslamiCity
Welcome to the world's oldest and most recognized Islamic Web site. Have a blessed Ramadan! Login/Sign Up

After eleven years, Syria remains the world’s largest refugee crisis. More than 6.6 million Syrians have been forced to flee their country since 2011 and another 6.7 million people remain internally displaced. The vast majority – approximately 5.5 million refugees – have found refuge in neighboring countries, primarily in Turkey, Lebanon, Jordan, Iraq and Egypt.

Makkah Inc. is one of the largest importer and distributor of dates in Europe and USA. Its Date farms and packing houses are located in southern Libya & Algeria.

IslamiCity is one of the oldest and largest online Muslim communities operating since 1995. IslamiCity is operated by Human Assistance & Development International, a registered 501 (c)(3) non-profit organization since 1991.

Dates for Syrian Refugees in Turkey and Syria

Our goal is to raise enough funds to cover the cost of at least one 40 ft (17 tons) container of dates (the market value of the container is $45,000 plus shipping charges). This we serve over 20,000 families.

Makkah Inc is committed to covering $15,000 of the cost. We hope to raise the balance of $30,000 with your help. We will deliver the dates in about two weeks to refugee camps in Turkey and  Syria.

Hadith on Offering Iftar to the Fasting

Whoever provides an iftar [meal] to a fasting person receives the same reward of that fasting [person], without taking away any of the reward [gained] by the fasting [person].

Just Imagine the reward you achieve in offering Iftar to the people who are forced to fast because of lack of food.

In a Hadith narrated by Muslim, Prophet Mohamed ﷺ said to his wife Ayesha: "a house that has no dates is a house that has hungry people ." He repeated this two or three times.

With your help, we hope these dates will bring joy to Syrian refugee families who have been suffering under the most brutal conditions one can imagine. 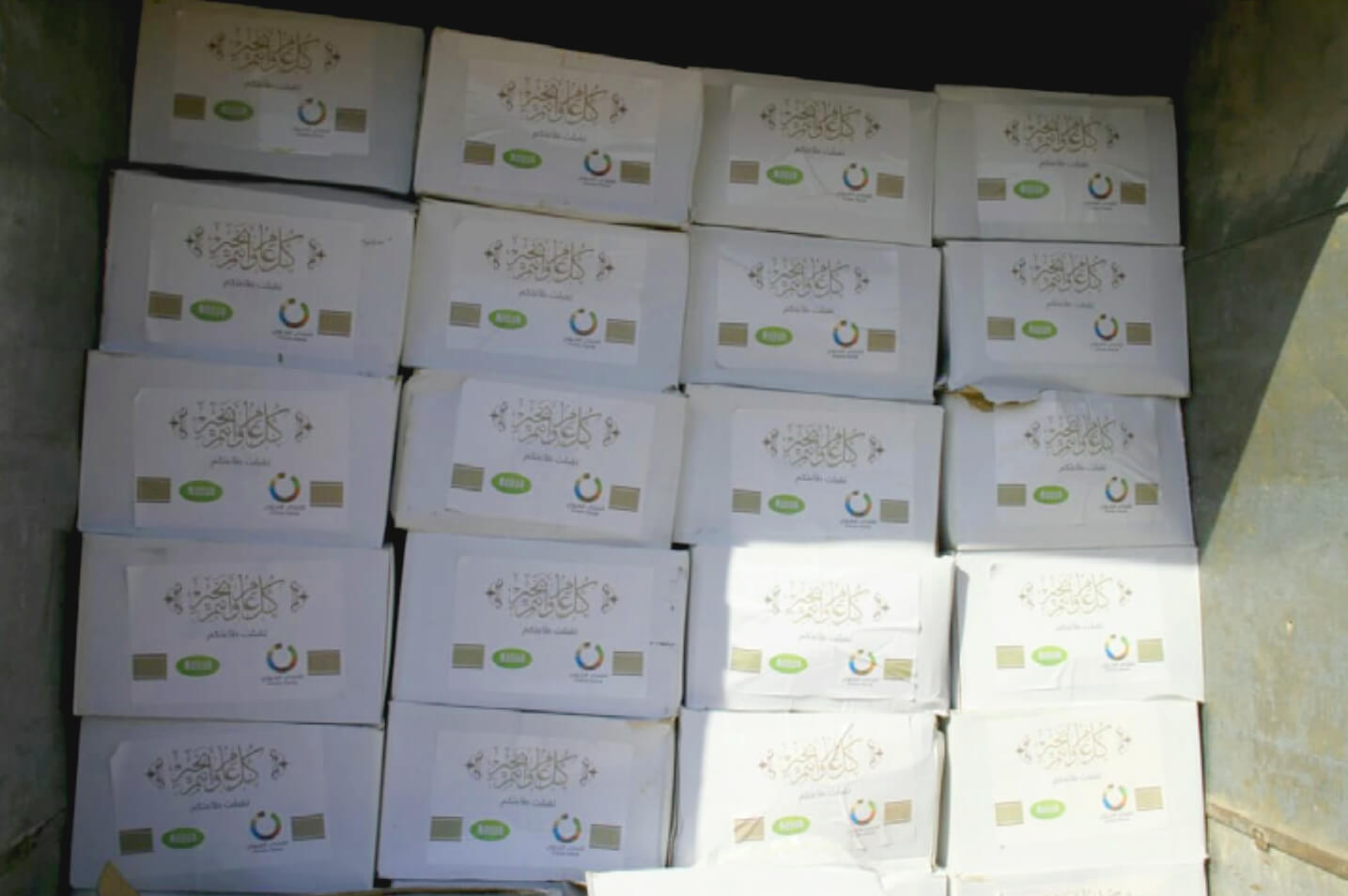 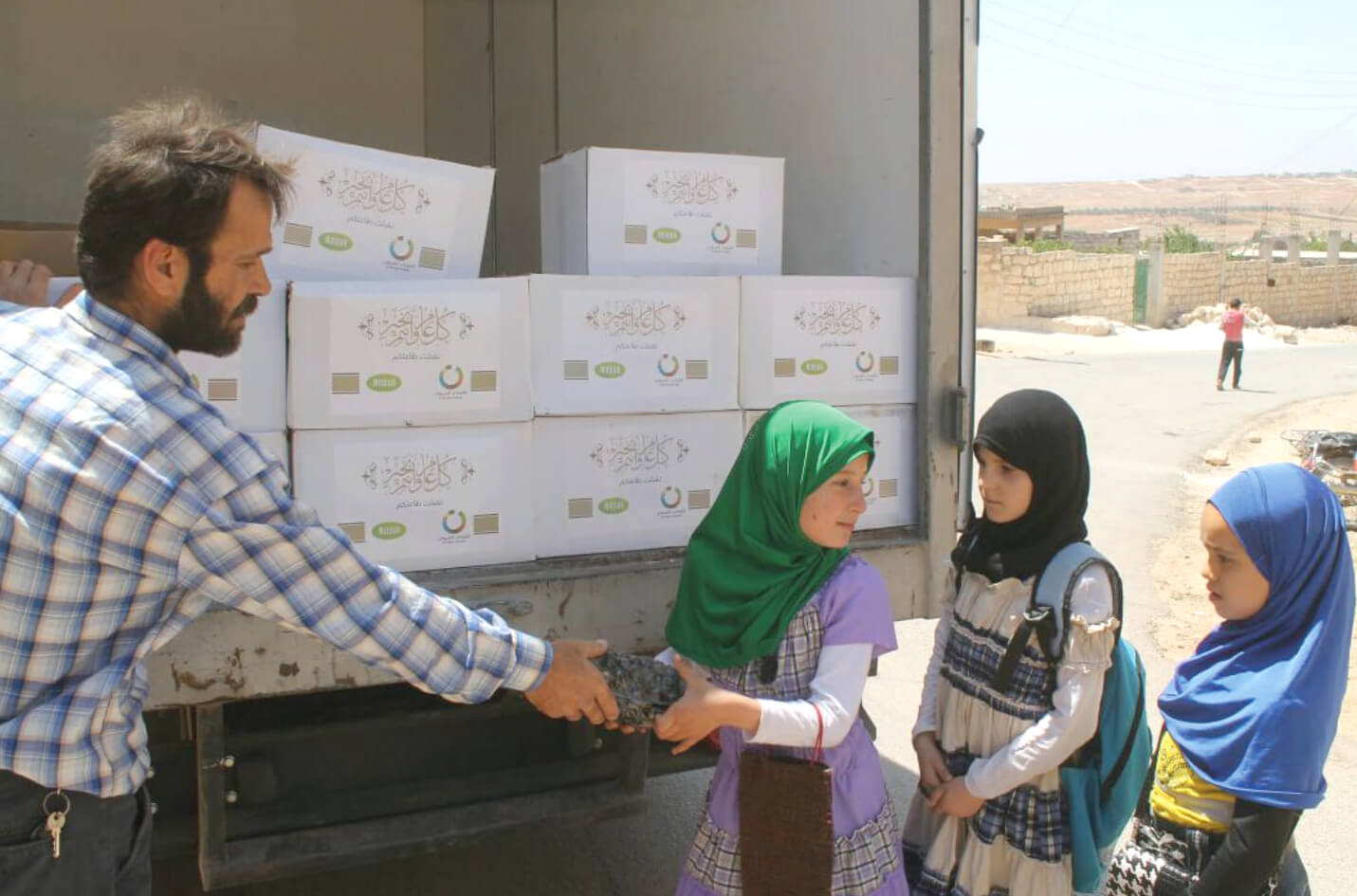 Series: Profound Lessons From Life of The Prophet

Departure
COMMENTS DISCLAIMER & RULES OF ENGAGEMENT
The opinions expressed herein, through this post or comments, contain positions and viewpoints that are not necessarily those of IslamiCity. These are offered as a means for IslamiCity to stimulate dialogue and discussion in our continuing mission of being an educational organization. The IslamiCity site may occasionally contain copyrighted material the use of which may not always have been specifically authorized by the copyright owner. IslamiCity is making such material available in its effort to advance understanding of humanitarian, education, democracy, and social justice issues, etc. We believe this constitutes a 'fair use' of any such copyrighted material as provided for in section 107 of the US Copyright Law.