1433 CE: Hajj Pilgrimage Certificate - IslamiCity
Welcome to the world's oldest and most recognized Islamic Web site. Have a blessed Ramadan! Login/Sign Up

This beautiful scroll from the 15th century commemorates the hajj – the pilgrimage to Mecca – by a woman called Maymunah. Illustrated with images of Mecca and other places of interest en route, it is a fascinating document that combines both religious and geographical information.

At least once in their lifetime, every Muslim who is able to do so must journey to Mecca and perform the prescribed rites of hajj. The city holds the holiest site in all Islam, the Masjid al-Haram (‘Sacred Mosque’), and was declared a site of pilgrimage by the Prophet Muhammad in 630 CE. Inside the Sacred Mosque is the Ka‘bah, a large cubical building said by Muslims to have been built by Abraham. In the Ka‘bah is the ‘black stone’, an object Muslims believe was given to Abraham by the angel Gabriel.

What does this certificate say?

This scroll belongs to a tradition of illustration that was concerned to represent accurately, and in detail, the Muslim holy places, and the artist has accordingly depicted and labelled each of the tombs and other venerated landmarks. The calligraphic bands of Arabic script are quotations from the Qur’an concerning, among other things, the hajj. 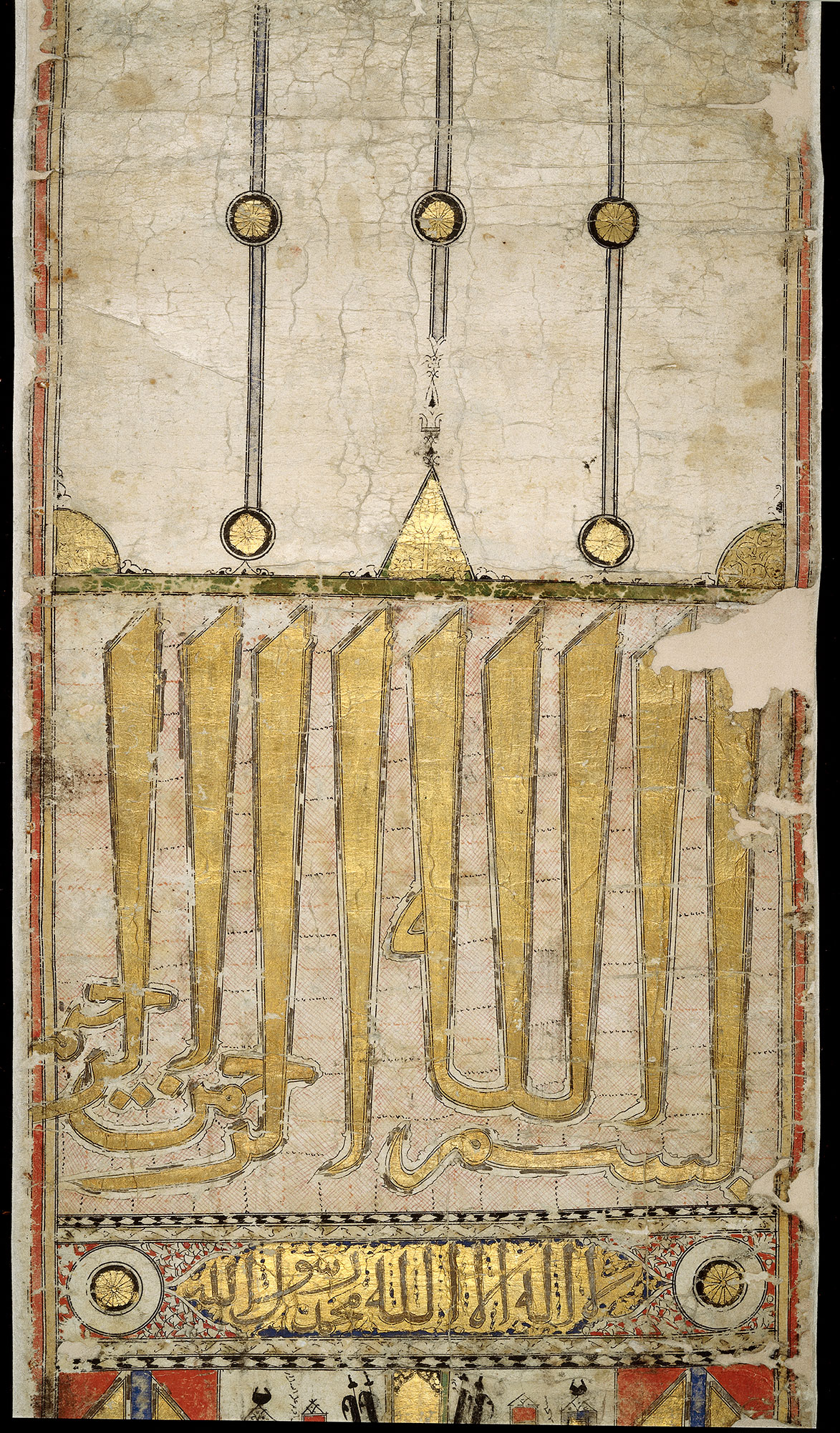 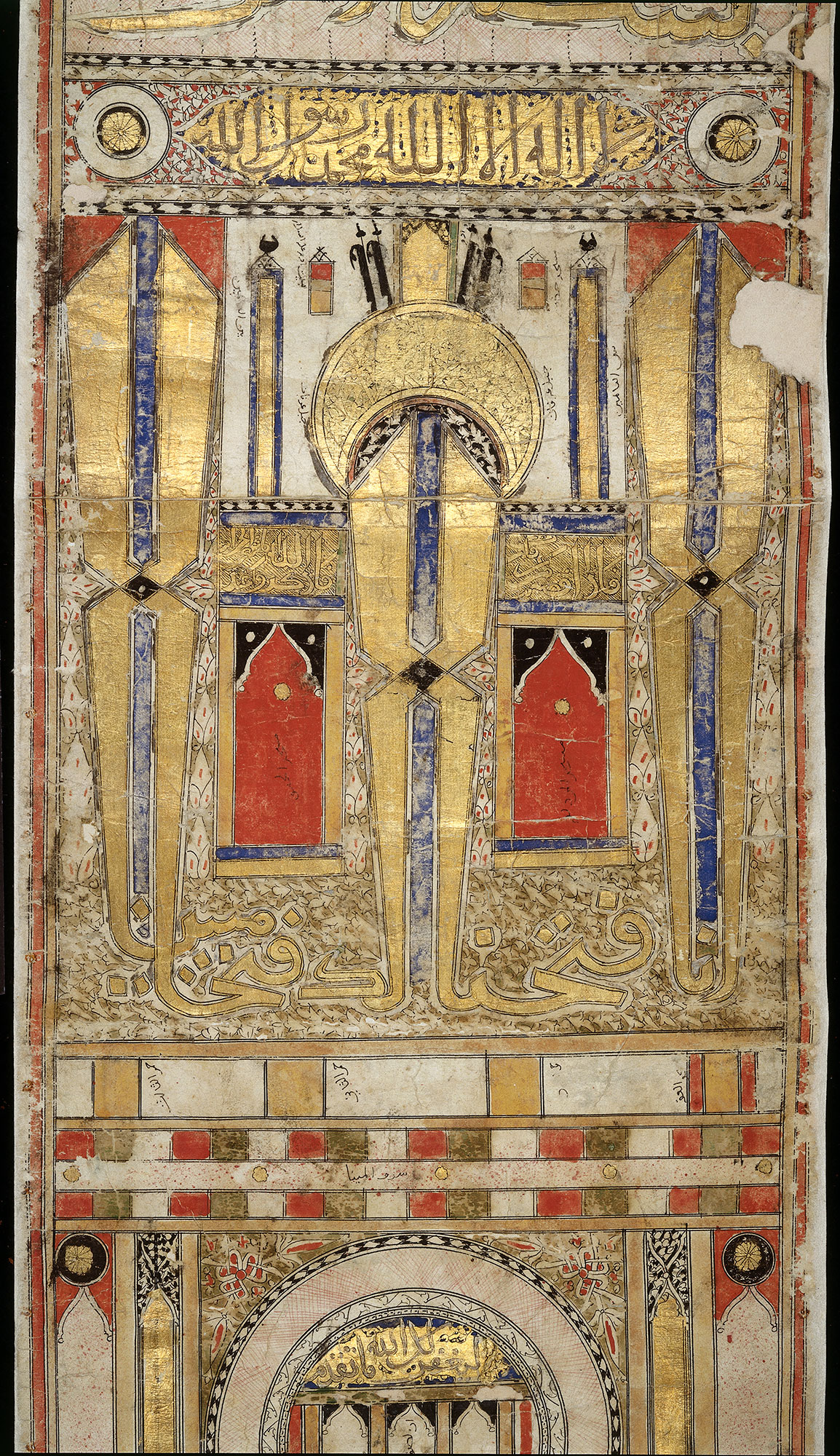 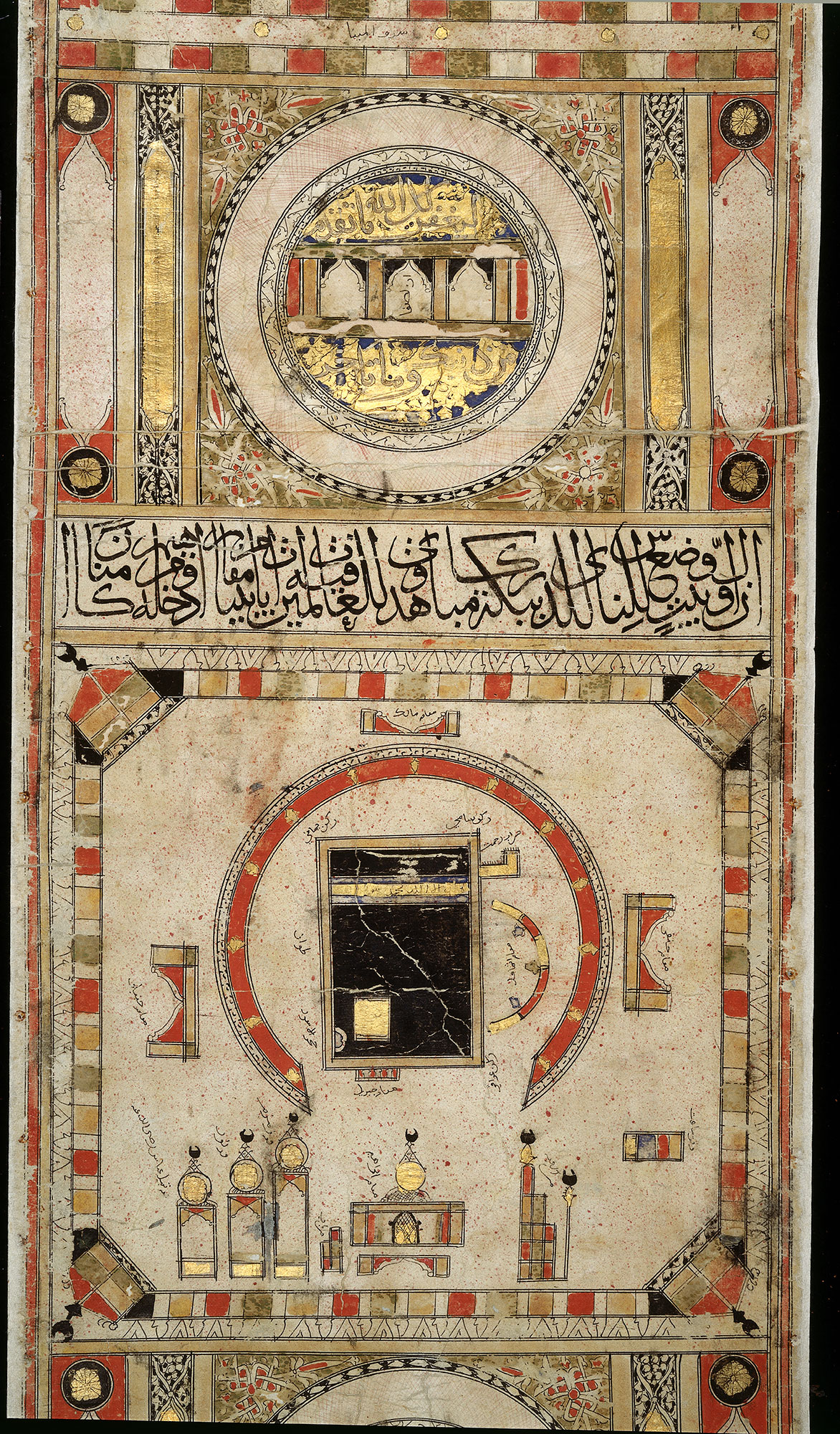 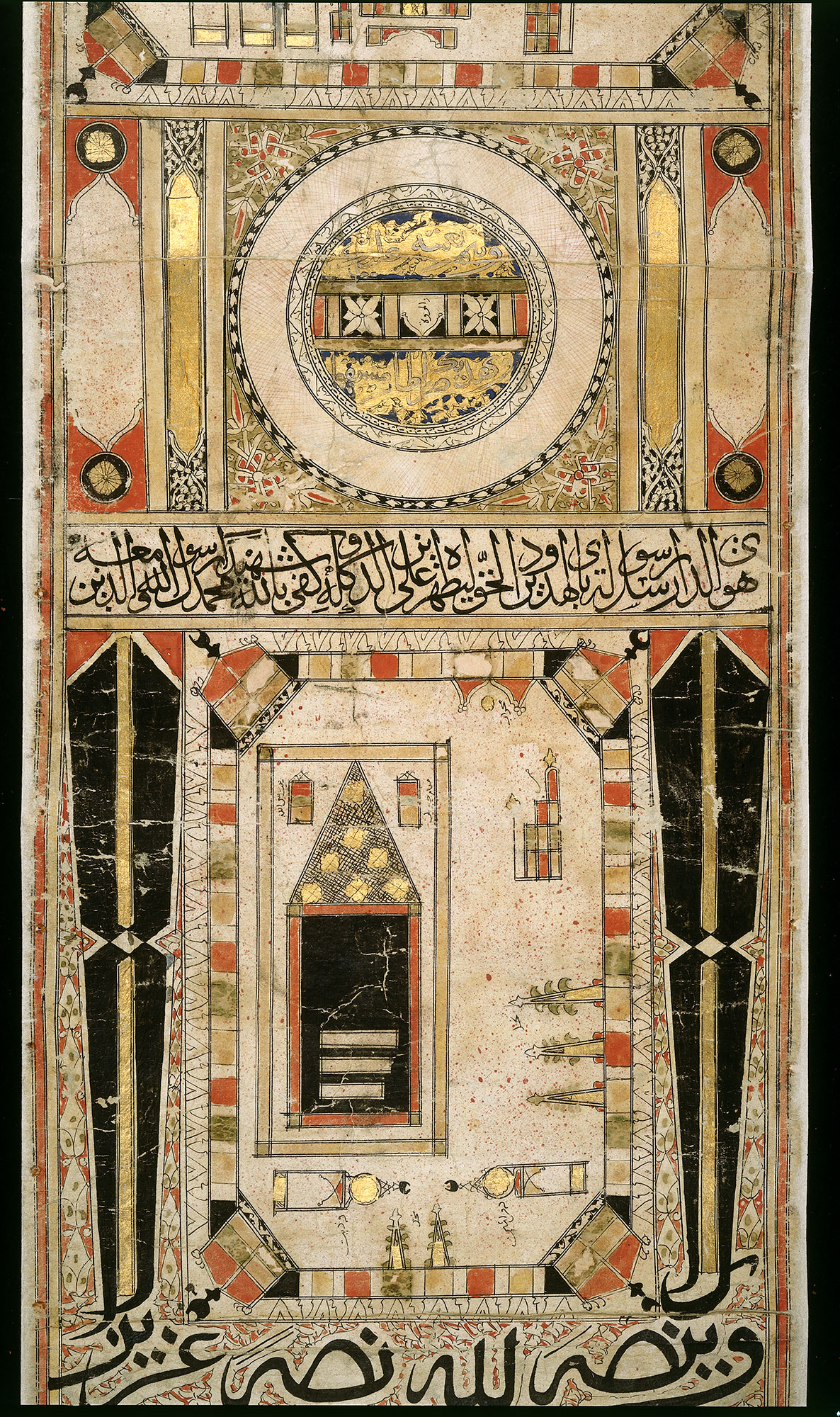 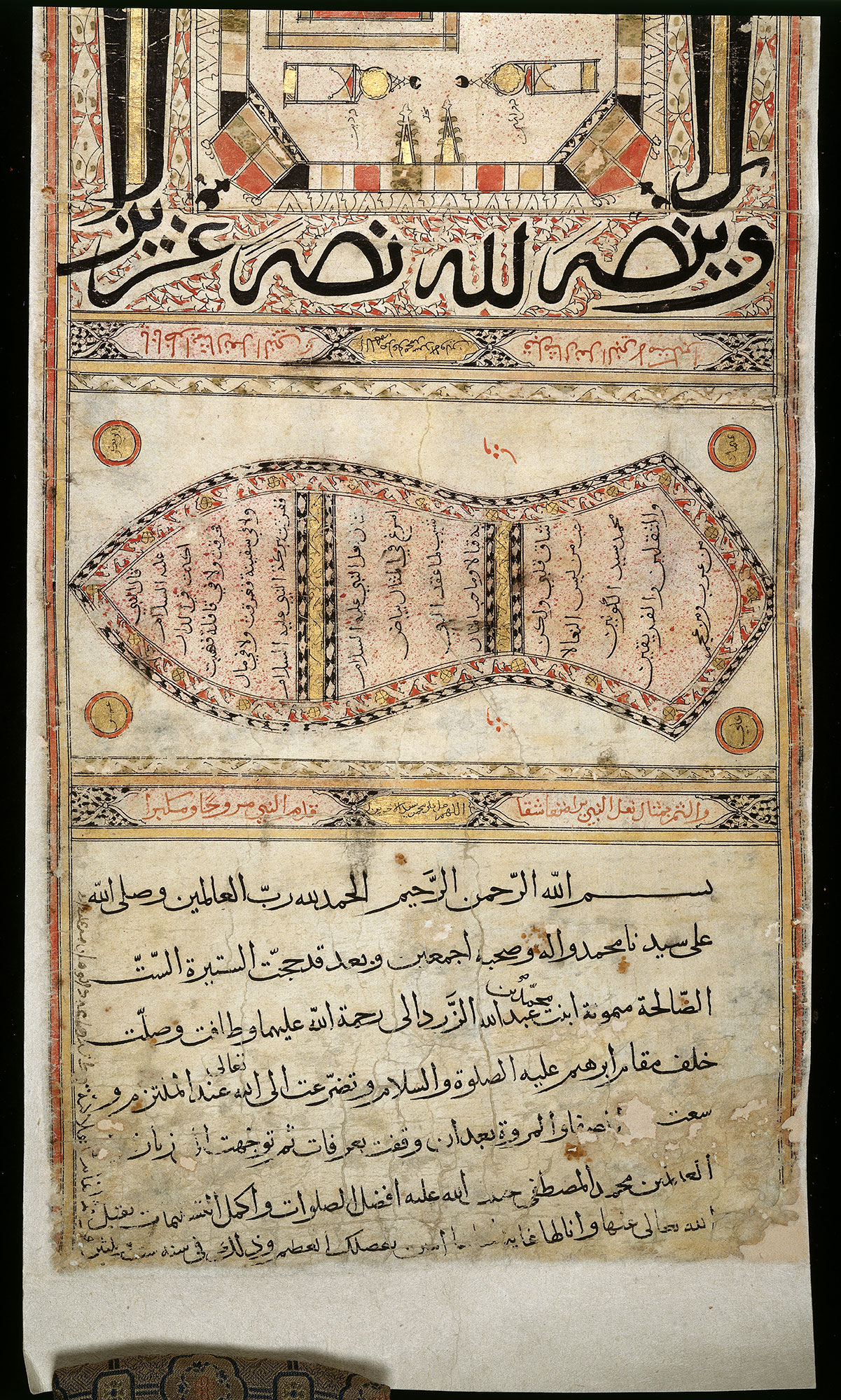 The Spirituality of Hajj: Tawaf

Freewill, Predestination, and Period of Respite

The Spirituality of Hajj: Ihram and Talbiyah

Sowing the Seeds of Islamophobia