Order your Qurbani today - As low as $65
Welcome to the world's oldest and most recognized Islamic Web site. Have a blessed Ramadan! Login/Sign Up

The science of modern cosmology, observational and theoretical, clearly indicates that, at one point in time, the whole universe was nothing but a cloud of 'smoke' (i.e. an opaque highly dense and hot gaseous composition).[1] This is one of the undisputed principles of standard modern cosmology. Scientists now can observe new stars forming out of the remnants of that 'smoke' (see figures 1 and 2). 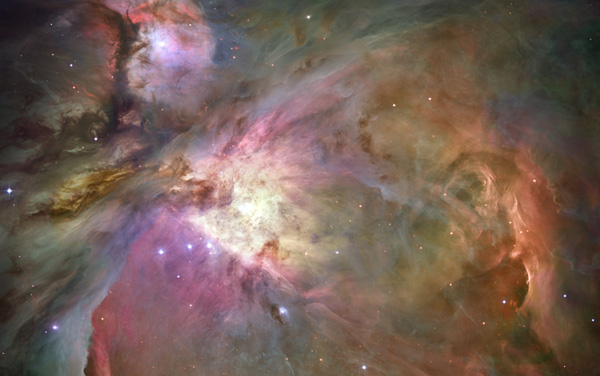 Figure 1: A new star forming out of a cloud of gas and dust (The Orion Nebula), which is one of the remnants of the 'smoke' that was the origin of the whole universe. 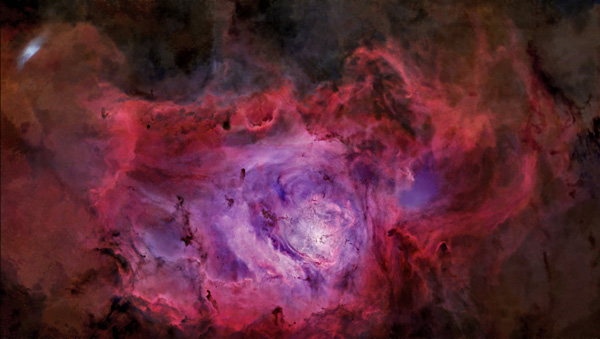 Figure 2: The Lagoon nebula is a cloud of gas and dust, about 60 light years in diameter. It is excited by the ultraviolet radiation of the hot stars that have recently formed within its bulk.

The illuminating stars we see at night were, just as was the whole universe, in that 'smoke' material. God has said in the Quran:

Dr. Alfred Kroner is one of the world's renowned geologists. He is Professor of Geology and the Chairman of the Department of Geology at the Institute of Geosciences, Johannes Gutenberg University, Mainz, Germany. He said: "Thinking where Muhammad came from . . . I think it is almost impossible that he could have known about things like the common origin of the universe, because scientists have only found out within the last few years, with very complicated and advanced technological methods, that this is the case."[2]. Also he said: "Somebody who did not know something about nuclear physics fourteen hundred years ago could not, I think, be in a position to find out from his own mind, for instance, that the earth and the heavens had the same origin."[3].

[2] The reference for this saying is This is the Truth (videotape). For a copy of this videotape, please visit this page.

A Book That Mentions You

Timelapse of the Entire Universe

To Scale: The Solar System

Amble Through Surahs of Quran

Self-Awareness: Impact on Nature and Humanity

Daily Quranic Reflections
COMMENTS DISCLAIMER & RULES OF ENGAGEMENT
The opinions expressed herein, through this post or comments, contain positions and viewpoints that are not necessarily those of IslamiCity. These are offered as a means for IslamiCity to stimulate dialogue and discussion in our continuing mission of being an educational organization. The IslamiCity site may occasionally contain copyrighted material the use of which may not always have been specifically authorized by the copyright owner. IslamiCity is making such material available in its effort to advance understanding of humanitarian, education, democracy, and social justice issues, etc. We believe this constitutes a 'fair use' of any such copyrighted material as provided for in section 107 of the US Copyright Law.