The Rise of BRICS: The Economic Giant that is Taking on the West - IslamiCity
Welcome to the world's oldest and most recognized Islamic Web site. Have a blessed Ramadan! Login/Sign Up

Leaders from the Group of 7 major economies will meet in the Bavarian Alps from June 26-28 to discuss pressing global issues including the war in Ukraine at the G7 Summit.
Category: Featured, Highlights, World Affairs Topics: China, Nato, Russia, Ukraine War Views: 1689 1689

The G7 summit in Elmau, Germany, June 26-28, and the NATO summit in Madrid, Spain, two days later, were practically useless in terms of providing actual solutions to ongoing global crises - the war in Ukraine, the looming famines, climate change and more. But the two events were important, nonetheless, as they provide a stark example of the impotence of the West, amid the rapidly changing global dynamics.

As was the case since the start of the Russia-Ukraine war, the West attempted to display unity, though it has become repeatedly obvious that no such unity exists. While France, Germany and Italy are paying a heavy price for the energy crisis resulting from the war, Britain’s Boris Johnson is adding fuel to the fire in the hope of making his country relevant on the global stage following the humiliation of Brexit. Meanwhile, the Biden Administration is exploiting the war to restore Washington’s credibility and leadership over NATO - especially following the disastrous term of Donald Trump, which nearly broke up the historic alliance.

Even the fact that several African countries are becoming vulnerable to famines  - as a result of the disruption of food supplies originating from the Black Sea and the subsequent rising prices – did not seem to perturb the leaders of some of the richest countries in the world. They still insist on not interfering in the global food market, though the skyrocketing prices have already pushed tens of millions of people below the poverty line.

Though the West had little reserve of credibility to begin with, Western leaders’ current obsession with maintaining thousands of sanctions on Russia, further NATO expansion, dumping yet more ‘lethal weapons’ in Ukraine and sustaining their global hegemony at any cost, have all pushed their credibility standing to a new low.

From the start of the Ukraine war, the West championed the same ‘moral’ dilemma as that raised by George W. Bush at the start of his so-called ‘war on terror’. “You are either with us or with the terrorist,” he declared in October 2009. But the ongoing Russia-NATO conflict cannot be reduced to simple and self-serving cliches. One can, indeed, want an end to the war, and still oppose US-western unilateralism. The reason that American diktats worked in the past, however, is that, unlike the current geopolitical atmosphere, a few dared oppose Washington’s policies.

Times have changed. Russia, China, India, along with many other countries in Asia, the Middle East, Africa and South America are navigating all available spaces to counter the suffocating western dominance. These countries have made it clear that they will not take part in isolating Russia in the service of NATO’s expansionist agenda. To the contrary, they have taken many steps to develop alternatives to the west-dominated global economy, and particularly to the US dollar which, for five decades, has served the role of a commodity, not a currency, per se. The latter has been Washington’s most effective weapon, associated with many US-orchestrated crises, sanctions and, as in the case of Iraq and Venezuela, among others, mass hunger.

China and others understand that the current conflict is not about Ukraine vs Russia, but about something far more consequential. If Washington and Europe emerge victorious, and if Moscow is pushed back behind the proverbial ‘iron curtain’, Beijing would have no other options but to make painful concessions to the re-emerging west. This, in turn, would place a cap on China’s global economic growth, and would weaken its case regarding the One China policy.

China is not wrong. Almost immediately following NATO’s limitless military support of Ukraine and the subsequent economic war on Russia, Washington and its allies began threatening China over Taiwan. Many provocative statements, along with military maneuvers and high-level visits by US politicians to Taipei, were meant to underscore US dominance in the Pacific.

Two main reasons drove the West to further invest in the current confrontational approach against China, at a time where, arguably, it would have been more beneficial to exercise a degree of diplomacy and compromise. First, the West’s fear that Beijing could misinterpret its action as weakness and a form of appeasement; and, second, because the West’s historic relationship with China has always been predicated on intimidation, if not outright humiliation. From the Portuguese occupation of Macau in the 16th century, to the British Opium Wars of the mid-19th century, to Trump’s trade war on China, the West has always viewed China as a subject, not a partner.

This is precisely why Beijing did not join the chorus of western condemnations of Russia. Though the actual war in Ukraine is of no direct benefit to China, the geopolitical outcomes of the war could be critical to the future of China as a global power.

While NATO remains insistent on expansion so as to illustrate its durability and unity, it is the alternative world order led by Russia and China that is worthy of serious attention. According to the German Frankfurter Allgemeine Zeitung, Beijing and Moscow are working to further develop the BRICS club of major emerging economies to serve as a counterweight to the G7. The German paper is correct. BRICS’ latest summit on June 23 was designed as a message to the G7 that the West is no longer in the driving seat, and that Russia, China and the Global South are preparing for a long fight against Western dominance.

In his speech at the BRICS summit, Russian President Vladimir Putin proposed the creation of an “international reserve currency based on the basket of currencies of our countries”. The fact that the ruble alone has managed to survive, in fact flourish, under recent Western sanctions, gives hope that BRICS currencies combined can manage to eventually sideline the US dollar as the world dominant currency.

Reportedly, it was Chinese President Xi Jinping who requested that the date of the BRICS summit be changed from July 4 to June 23, so that it would not appear to be a response to the G7 summit in Germany. This further underscores how the BRICS are beginning to see themselves as a direct competitor to the G7. The fact that Argentina and Iran are applying for BRICS membership also illustrates that the economic alliance is morphing into a political, in fact geopolitical, entity.

The global fight ahead is perhaps the most consequential since World War II. While NATO will continue to fight for relevance, Russia, China, and others will invest in various economic, political and even military infrastructures, in the hope of creating a permanent and sustainable counterbalance to Western dominance. The outcome of this conflict is likely to shape the future of humanity.

Dr. Ramzy Baroud is a journalist and the Editor of The Palestine Chronicle. He is the author of six books. His latest book, co-edited with Ilan Pappé, is “Our Vision for Liberation: Engaged Palestinian Leaders and Intellectuals Speak out”. Baroud is a Non-resident Senior Research Fellow at the Center for Islam and Global Affairs (CIGA). His website is www.ramzybaroud.net 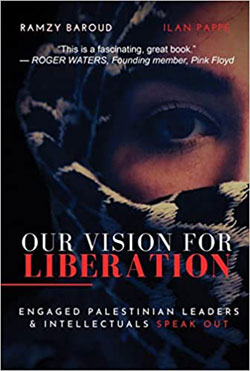 You've Got It All Wrong

Boycotting the Olympics is about Global Competition

How Xinjiang Became Muslim
COMMENTS DISCLAIMER & RULES OF ENGAGEMENT
The opinions expressed herein, through this post or comments, contain positions and viewpoints that are not necessarily those of IslamiCity. These are offered as a means for IslamiCity to stimulate dialogue and discussion in our continuing mission of being an educational organization. The IslamiCity site may occasionally contain copyrighted material the use of which may not always have been specifically authorized by the copyright owner. IslamiCity is making such material available in its effort to advance understanding of humanitarian, education, democracy, and social justice issues, etc. We believe this constitutes a 'fair use' of any such copyrighted material as provided for in section 107 of the US Copyright Law.