Ihsan: Quest for Beauty and Excellence - IslamiCity
Welcome to the world's oldest and most recognized Islamic Web site. Have a blessed Ramadan! Login/Sign Up

Understanding and appreciating Islam in modern times is not an easy task. Non-Muslims can hardly be blamed when Muslims themselves contribute so much misunderstanding and distortion. Among the many contributing factors, one stands out: Legalism, which has engulfed the faith and its practical manifestation and thereby robbed Islam of both the balance and the beauty that it represents.

Appreciating this beauty and the quest for excellence is what ihsan (beneficence and goodness) is all about. But to place this discussion in its proper context, let’s deal with another fundamental, related aspect: justice (‘adl) or equity (qist), which can be regarded as a benchmark value and parameter for Muslims (what is demanded), while ihsan is the ideal, which is cherished.

Unfortunately, Muslim societies are in a rather miserable shape. With all of the concerted, systematic, and sophisticated propaganda against Islam and Muslims raising the level of Islamophobia, one can’t but wonder why people still convert or even why Muslims remain Muslim. The answer is not complicated for those who seek to understand the faith conscientiously and with an open mind.

Today, Islam is clouded and mystified by layers of detailed accretions that neither represent nor reflect its essence. Much of what is observed is based on a sort of skeleton of Islam, and legalism, literalism, and dogmatism have even that turned upside down. Thus, if people misunderstand Islam — an easy to-understand reality — it’s because we fail to live and uphold our faith even at the benchmark level, let alone at the exalted level of its inherent beauty or excellence.

Those who can rise above their initial prejudice and sincerely explore Islam often are pleasantly surprised to discover that it is free from the burden of the many internal accretions and negative external attributions ascribed to it. The beauty of Islam reveals itself to them in its glory of simplicity and excellence.

Justice or equity, one of Islam’s central values, provides the foundation of a strong, functional, dynamic, stable, and progressive society. Without justice, one’s fundamental human dignity is undermined, and systematic injustice jeopardizes social harmony and stability. Thus, at both the transactional and behavioral levels as well as at the systemic level, a society needs to ensure that the people’s rights and dignity are upheld.

A good society ensures that their basic needs are met and that their life, property, and honor are sacrosanct. It facilitates earning fair wages for their labor and a deserved share of the prosperity “pie.” It fosters access to healthcare, provides good and effective education that makes them good human beings and enables them to earn their living through honest work or entrepreneurship. Such a society guarantees an unbiased and fair judicial system along with the benefits of good governance by honest, capable and caring leaders.

These are all related to the benchmark parameter of justice. Islam commands justice but sets a relatively and fundamentally higher standard of it, one that makes a society aspire to beauty and excellence: “O believers, be persistently standing firm in justice, witnesses for God, even if it be against yourselves or parents and relatives. Whether one is rich or poor, God is more worthy of both. So, follow not [personal] inclination, lest you not be just. And if you distort or decline, then indeed God is ever, with what you do, Acquainted” (4:135).

Many past and present social problems are due to the failure to base society on justice. Thus, workers have to fight for fair benefits, consumers for fair prices and protection from harm, citizens for their freedom and right of participation, minorities to secure their dignity and security. People also have to fight against tyranny, as do nations to preserve their independence and identity.

In all such matters, Islam wants its adherents to be firmly on the side of justice, proactively guided by taqwa (God-consciousness).

Wouldn’t a society that takes these aspects seriously and sincerely become a moral one that attracts others to it? That’s exactly what happened in Makkah when the downtrodden and forgotten people, regardless of their backgrounds and race, wealth and location, were attracted to Islam and migrated to Yathrib and its jurisdictions. Today the main struggle and goal for Muslims is to achieve that same benchmark.

But if Muslims care about justice, God also expects them to reach the height of ihsan, reflecting thereby Islam’s inherent beauty. Ihsan is derived from the root h-s-n, and its derivative words include husn (beauty, excellence), hasan (good, excellent) and hasana (benefaction, merits).

Contemporary societies lack authenticity. There is a judiciary but no justice, a parliament but no democracy, economic development but unfulfilled basic needs of many people, prosperity but no shared prosperity, government but no good governance, and slogans of human rights but no protection of human rights. More or less, all of humanity is facing similar contradictions.

Shouldn’t Muslims focus on this benchmark level of justice? Unfortunately, those who see these as somehow separate may end up achieving neither. Indeed, that’s why the Quran proclaims: “Indeed, God orders justice (‘adl) and good conduct (ihsan) and giving to relatives and forbids immorality and bad conduct and oppression. He admonishes you [so] that perhaps you will be reminded” (16:9). 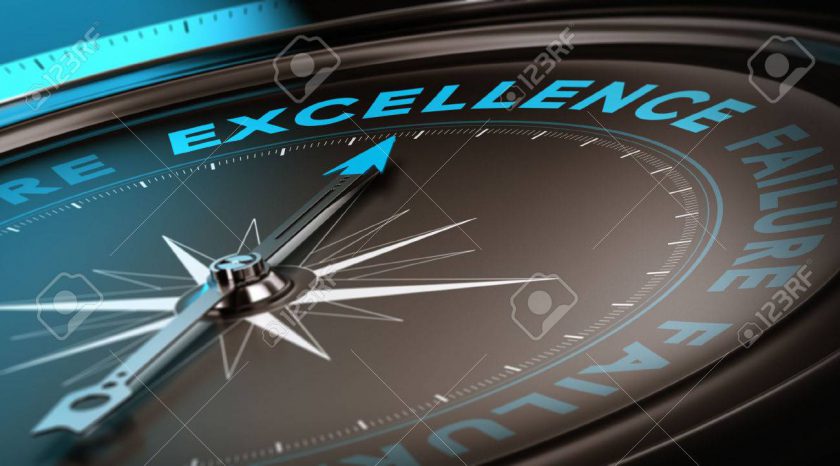 Ihsan is relevant to holding ourselves to a higher standard. Achieving a benchmark is a goal for everyone. Pursuing ihsan sets us on the path of and quest for excellence and beauty. Not only can we achieve this benchmark by being conscious of and cherishing ihsan in everything we do, but doing so will also enable us to reach new heights. At the personal level, regardless of what we do — study or work, pray or play, research or seek education, follow or lead — it is this spirit of excellence that ihsan instills.

Consider the following situation. Suppose there are two loaves of bread for two comparable individuals. When each one has a loaf, that’s justice. What if there are three loaves and still only two people? Well, what happens to the third loaf? Who gets it? After each individual receives one loaf, so that it is fair, ihsan is that we offer the third one to the other. That’s the beautiful conduct toward which Islam calls us.

The Quran states: “A divorce may be [revoked] twice, whereupon the marriage must either be resumed in fairness or dissolved in a goodly manner (ihsan)” (2:229). Divorce occurs only rarely with mutual amicability. But the Quran wants to inculcate the spirit of rising above pettiness or just the benchmark level (justice). It calls us to pursue a higher standard.

One specific aspect of ihsan is stated clearly, and multiple times, in the Quran: treating one’s parents with ihsan (4:36, 6:151, 16:90, 17:23, 46:15). We should ponder why so much emphasis is placed on this. In my view, we actually learn and develop an appreciation for ihsan by thinking about our parents, who generally take care of their children with unconditional affection and prefer them over themselves. Learning and internalizing the value of ihsan in its parental context can help us rise above the benchmark and enjoy the beauty of Islam. 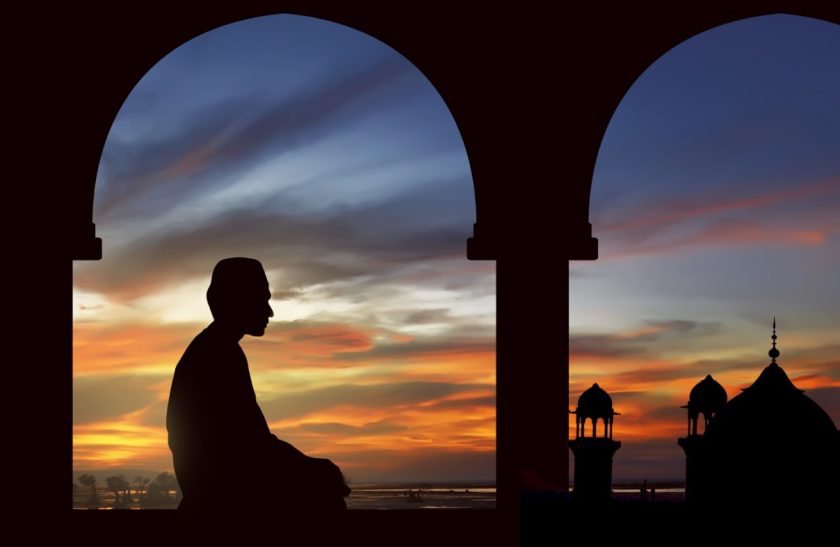 Let’s conclude with a story. A marketplace is generally defined by competition. That’s the domain of justice. As a businessman, one’s effort to attract buyers in a conscientious and ethical manner is a reflection of fairness. Now consider the story of a Muslim merchant. A customer saw that a seller has what he wants to buy and so entered the shop. When he asked to buy it, the seller politely asked him to buy it from a neighboring store run by a Jew. Both intrigued and annoyed, he did so and bought the item at the same price. Puzzled at the first merchant’s behavior, on his way back he entered the first shop and asked for an explanation. The first merchant said that he was already satisfied with his sales for the day but had noticed that his neighbor hadn’t been so lucky, Therefore, he had tried to help him out.

This is ihsan, doing good things out of concern for the well-being of others, a practice that brings out the best in us, helps us move closer to God and thus cherish each human being’s inherent beauty and excellence. Doesn’t that help us understand and appreciate the principle and the value enshrined in: “Could the reward of ihsan be anything other than ihsan?” (55:60). For all of us who hope for ihsan from God on the Day of Judgment, let’s appreciate, embrace, and practice it in our own lives so that our words and deeds reflect Islam’s beauty and excellence.

Mohammad Omar Farooq is an associate professor in the Department of Economics and Finance, University of Bahrain. He can be reached at [email protected]

Source: This article had been previously published at Islamic Horizons pp. 7-11 (2019)

The Meaning of Surrender to Allah's Will

What is Qurb and Qurban?

On the Meaning of Patience: Unlocking the Concept of Sabr

Combatting Islamophobia: Did Islam Spread by Sword?
COMMENTS DISCLAIMER & RULES OF ENGAGEMENT
The opinions expressed herein, through this post or comments, contain positions and viewpoints that are not necessarily those of IslamiCity. These are offered as a means for IslamiCity to stimulate dialogue and discussion in our continuing mission of being an educational organization. The IslamiCity site may occasionally contain copyrighted material the use of which may not always have been specifically authorized by the copyright owner. IslamiCity is making such material available in its effort to advance understanding of humanitarian, education, democracy, and social justice issues, etc. We believe this constitutes a 'fair use' of any such copyrighted material as provided for in section 107 of the US Copyright Law.