In Hip-Hop, Brother Ali found Faith and Identity - IslamiCity
Welcome to the world's oldest and most recognized Islamic Web site. Have a blessed Ramadan! Login/Sign Up

Rapper Brother Ali discusses how hip hop allowed him to find a new faith, and how that faith is now his focus and drive.

Imagine being a Muslim living in a twenty-first century America divided across the fault lines of religious fanaticism. Now imagine being a white albino Muslim convert plying your trade within a traditionally black cultural movement.

It’s this unique perspective that lends Brother Ali his distinctive voice, which right now is among the most honest and vital across the hip hop landscape.

On record he breaks down racial and political barriers. On stage his indignation flows with furious intent. So when Huck meets the Wisconsin-born rapper and sometime community activist on the morning of his showcase gig at South By Southwest festival in Austin, Texas, it’s disarming to be greeted by someone so softly spoken and unassuming.

After a moment’s pause for prayer, Ali turns and apologizes for the fact he’s wearing sunglasses – not a fashion statement but a preventative measure on account of his albinism. Throughout his decade-spanning career, Ali has actively positioned himself as a spokesperson for his generation, with his recent LP, 2012’s Mourning in America and Dreaming in Color, arguably his most refined and unflinching critique of the systematic inequalities that continue to blight his nation.

In the flesh, he exudes a refreshingly non- combative, peaceful aura. There’s something innately hopeful about his music, too, a rare wisdom in his words. Ali converted to Islam at age fifteen, and it’s the all-pervading influence of his faith that dominates our brief conversation. 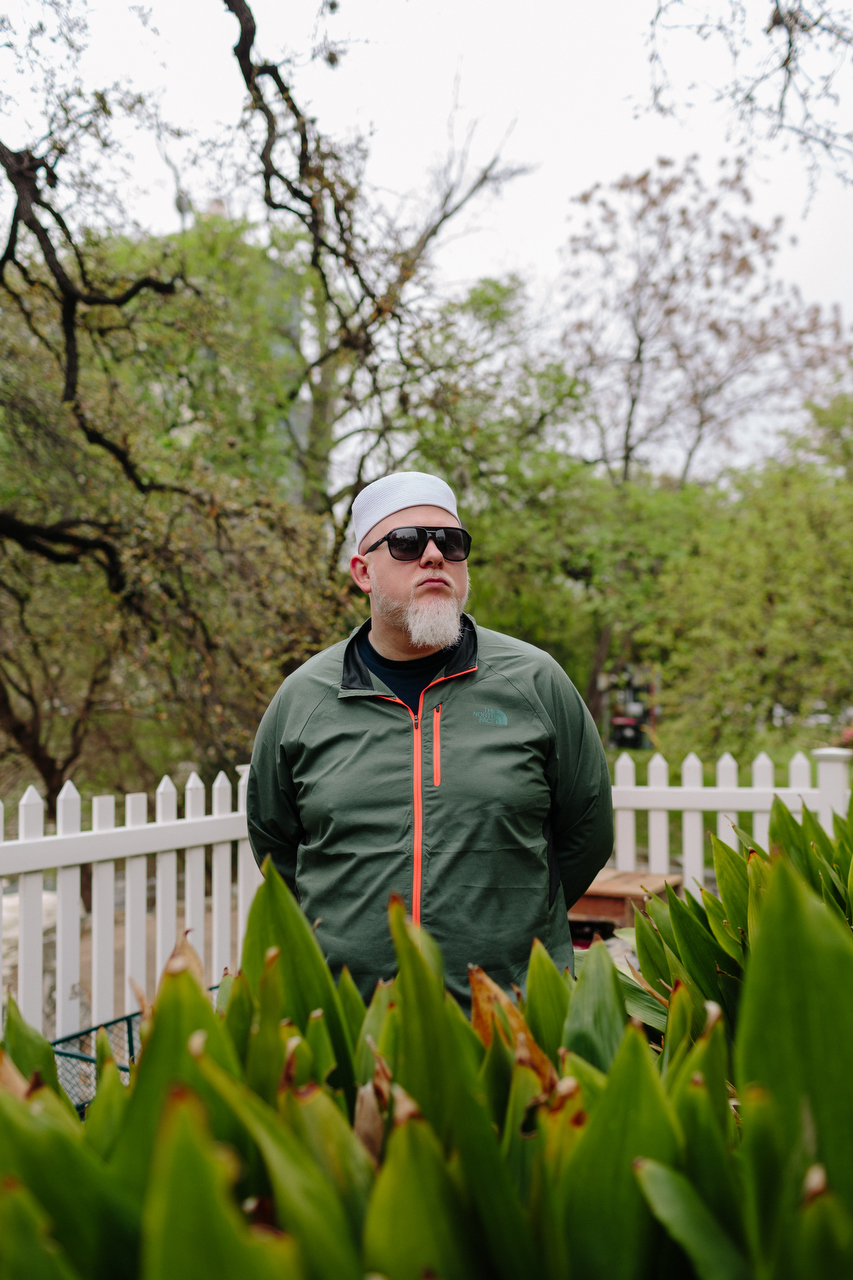 “EVER SINCE I WAS A LITTLE KID, I’ve always been into hip hop. I started B-boying when I was about seven years old. Eventually, that led to me falling in love with the words. In the late ’80s hip hop underwent a big change lyrically, it got a lot more complex and detailed and it also became a lot more political.

“It really became clear to me at that time that it was a movement for people to be transformed in terms of the way we see ourselves and what we understand ourselves to be. It started out with me just wanting to dance a certain way, dress a certain way, party a certain way, and then in the late ’80s something changed and it made me want to be more powerful, a representative of justice.

“All of my favourite artists, my heroes from that time period, I’ve had really amazing experiences with. When I was thirteen, in 1991, I went to see KRS-One give a lecture and he brought me on stage and asked me questions. More recently, Public Enemy ended up being on one of my albums; I’m on one of theirs. We’ve done a lot of shows together and for me it’s really become a mentorship relationship, especially with Chuck D. The other was Rakim, who I ended up touring with for a year straight around 2007-8.

“I’m fortunate that a lot of my heroes embraced me and gave me a chance, and it’s a big part of why I’ve always felt more accepted by the black community. But KRS-One was actually the one who told me I should read Malcolm X. He assigned the autobiography of Malcolm X to me; I read it, and that’s what led to me becoming a Muslim.

“I really believe that when we feel a connection to somebody, if we’re diligent about it and if that connection is real, then the creator will bring us together. It all has to do with how well one knows oneself. We have to be very self-aware and know when we’re being sincere and when our sincerity is being compromised or put into question. ‘What’s the difference between me genuinely feeling a connection to this person and me wanting something from them, or wanting to soak up some of their fame or power or influence? Do I want to connect with them or do I want to pick their pockets?’ There’s a big difference.

“There are some people who like to say that they reverted to Islam, because it’s much older and bigger than the picture the world sees of it now. Islam sees itself as calling back to our original nature. It doesn’t see itself as something new to be imposed upon people. It’s a system to remind people of our originality. So there are people who say ‘revert’, but I’m not one of them. I converted to Islam. I was in one life system and I had to learn another, so there’s a clear distinction there for me.

“Many people don’t realise how vast the Muslim world is. There are very old, well-established Islamic communities in every part of the world. A lot of the people who were enslaved and brought across from Africa to the ‘New World’, as much as a third of them were Muslim.

“The type of Islam that they have in West Africa is very heavily centred on Sufism, which is the inner science, the mysticism of Islam. There’s Sufi masters there, entire towns – like Timbuktu and places in Senegal and Ghana and Gambia – based around mastering the mystical science of the inner reality and the unseen.

“A lot of those people were captured and sold into slavery. It was an enslavement not only of the body but of the spirit and the psyche and the identity of people, which caused them to be split from that. So there were a lot of attempts to call people back to Islam.

“Islam is based on the concept that a human being is very precious and valuable and unique. Slavery is based on the opposite. After 400 years of being indoctrinated with this idea of white supremacy, it was very difficult for the descendants of Africa to even see themselves as a starting place for Islam – to say, ‘I’m a human being and I’m valuable.’

“We also have our struggle with the ego, which calls us to be our own little god. The ego pollutes everything. In the case of ISIS, the ego is polluting an expression of Islam, where rather than being transformed by Islam they’re trying to transform the world according to their own egotistical desires. That’s why most of the Muslim world has rejected them.”

This story has been condensed from an interview.

Locked in Faith: Convict to Conviction

My Story of Coming to Islam

Why US prison inmates convert to Islam?

The Bible Led me to Islam

My Journey to Islam: Ibrahim Hewitt

My Journey to Islam: Yvonne Ridley

My Story of Coming to Islam

My Journey to Islam: Ibrahim Hewitt

A Message of Peace, Hope and Inclusion

My Journey to Islam: Yvonne Ridley
COMMENTS DISCLAIMER & RULES OF ENGAGEMENT
The opinions expressed herein, through this post or comments, contain positions and viewpoints that are not necessarily those of IslamiCity. These are offered as a means for IslamiCity to stimulate dialogue and discussion in our continuing mission of being an educational organization. The IslamiCity site may occasionally contain copyrighted material the use of which may not always have been specifically authorized by the copyright owner. IslamiCity is making such material available in its effort to advance understanding of humanitarian, education, democracy, and social justice issues, etc. We believe this constitutes a 'fair use' of any such copyrighted material as provided for in section 107 of the US Copyright Law.