These awful attacks were not about Islam, though many commentators quickly proclaimed that they were. They were consciously calculated not just to terrorize the population of France and the world in general, with multiple nations increasing their terrorist threat level in response, but to foment the myth of a war of ideals, a battle between "Islam" and the "West." That was evident in how quickly the radical group ISIS took responsibility for the attacks, proudly proclaiming its role, and how rapidly European conservatives responded. Marie La Pen, who heads up the Parisian right wing, was quick to whip up anti-Muslim and anti-immigrant sentiment in response to the attacks.

Europe is a nation struggling with a terrible refugee crisis, with hundreds of thousands dying annually in desperate Mediterranean crossings, but also with an alarming increase in anti-immigrant attitudes, many of which are specifically targeted at Muslims. Many of those Muslims, of course, are fleeing exactly the kind of violence that rocked Paris on Friday night, with both Iraq and Syria among many nations under constant threat from ISIS, which routinely bombs innocent people in both nations in the name of Islam. The group's asymmetrical terrorist strategies cut a horrific swath through diverse communities as well as those struggling to recover from war — and they also are designed to project the image that Islam is a religion of violence, encouraging the right to viciously attack Muslims as a whole, precisely as intended. 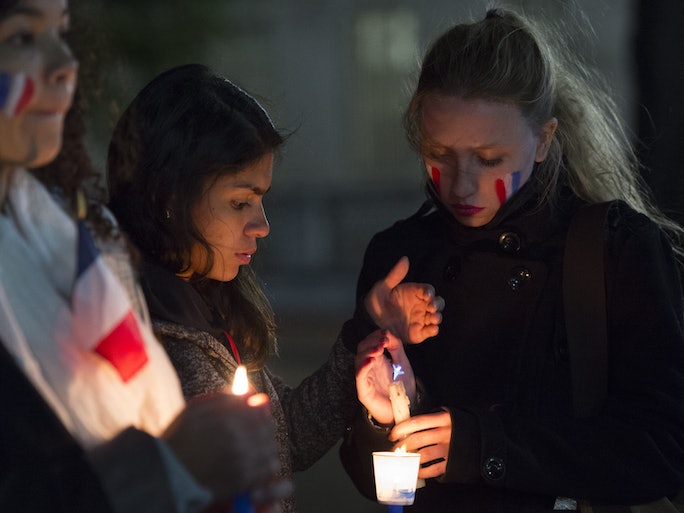 ISIS has been busy this week, with bombings is Beirut and multiple attacks in Baghdad (where they bombed mourners at a mosque during a funeral) in addition to the Parisian violence. Earlier this month, the organization took credit for the downing of an airliner, killing 224 people. The locations and scope of its attacks clearly illustrate that ISIS doesn't care about Muslims or Islam, with the group being heavily invested in the cultivation of a state of continual fear and subsequent lashing out. In fact, critics argue that the group should be known by its Arabic acronym, Daesh, to de-emphasize the motion that it is "Islamic" or a "state" — and because it can be read as a play on words, since "Daesh" can also be interpreted as "bigot."

Whether ISIS or Daesh, the organization's work on behalf of a fictionalized version of Islam are directly harming actual Muslims. Those living in growing danger in the West because of ISIS include Zouheir, a man who requested that the press identify him only by his first name, who actually stopped a suicide bomber who may have been linked with the attacks from entering the stadium where France and Germany were playing a friendly match on Friday night. Another, Adel Termos, never even made it out of Lebanon — and never will, because he died throwing himself in front of a suicide bomber on Thursday in Beirut to save the people around him.

ISIS doesn't want the West to think about the Muslim refugees dying to escape its growing stranglehold on the Middle East, its devastation of hundreds of lives, or its destruction of priceless artifacts from Middle Eastern history. The organization wants to position itself instead as a radical Muslim group promoting the rise of a new Muslim Caliphate, thus positioning itself in opposition to the West, and it uses attacks like this to drive a deep wedge between Islam and the West, leveraging long-simmering Islamophobia. Their tactics are starting to become wildly successful, and they shouldn't, for one clear and painful reason: ISIS is not about Islam.

ISIS is a radical terrorist organization that has absolutely nothing to do with Islam, as almost any Muslim you ask will quite happily tell you. Representatives of the group are in fact false Muslims — representing everything that Islam is not, and following none of the precepts of the Qu'ran, as even a cursory glance at the text will tell the reader. Islam, as Muslims around the world are being forced to remind the West yet again, is a religion of peace and submission, one that teaches charity, love, and respect, regardless of religious faith. The decision to turn off taxi meters and the #PorteOuverte hashtag that spread like wildfire as Parisians offered sanctuary might as well have been tailor-made for Islam, as they reflect some of the most core and fundamental values of the religion. 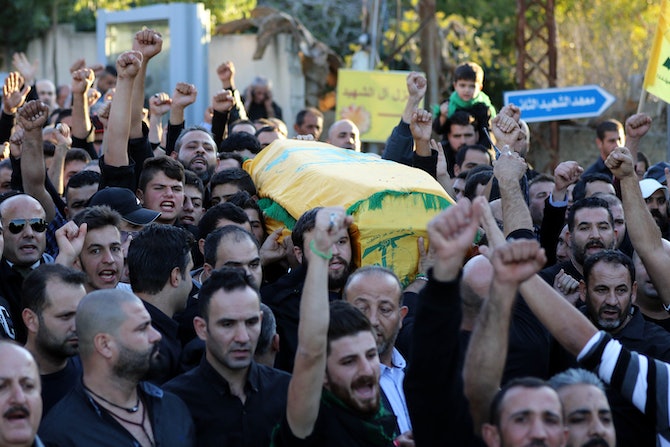 This is not a "clash of civilizations," as Marco Rubio informed the public this Saturday. Attacks like these are part of a systemic campaign to trick the West into believing that Islam is the enemy so that ISIS can boldly proclaim that it is protecting Muslims and the Middle East from the West. Much of the West is falling for it hook, line, and sinker, allowing itself to be trapped into believing that it is necessary to make war on Islam and Muslims, rather than identifying the real problem: Terrorism, which affects Muslims and non-Muslims alike.

ISIS is bombing Muslim communities alongside non-Muslim ones. It's calculatedly selecting a city known for its multicultural values and vibrant communities to attack in order to convince the West that multiculturalism is at fault for terrorism — something the right was quick to seize on after Charlie Hebdo, and will do again. The organization has an incredible and wildly successful propaganda machine, right down to the distribution of materials justifying the slavery and rape of women. Conservatives took these guides as an opportunity to suggest that Islam is a religion of rape and slavery, when in fact, these practices are tactics of war abhorrently practiced and justified by people of all faiths. Including, incidentally, even some UN Peacekeepers.

Nothing Muslims do to demonstrate their contrition will ever be enough to satisfy conservatives, who, like ISIS, are taking advantage of the situation to beat the drums of war.

ISIS very much wants to create a political climate in the West that is hostile to Muslims, attempting to cultivate an environment where global governments will begin attacking Muslims within their own borders as well as overseas. It's hoping to radicalize the West by manufacturing a war of ideals that doesn't actually exist — the group is hiding a terrorist agenda behind a screen of religious righteousness. ISIS has made it crystal clear that it wants to eradicate what it refers to as the "grey zone," forcing global politics to fall out along pro-Western or pro-terrorist lines, only it wishes to coax people into believing that the divide is the West versus Islam. Already, the fact that one of the attackers was found with a Syrian passport is a matter of much speculation, and it will undoubtedly result in a crackdown on refugees.

The rhetoric building up around these attacks is already painfully familiar, as it is every time ISIS attacks a Western target. Nothing Muslims do to demonstrate their contrition will ever be enough to satisfy conservatives, who, like ISIS, are taking advantage of the situation to beat the drums of war. ISIS is winning a war on rhetoric with its carefully coordinated terrorist attacks, and the tragic thing is that the West isn't making moves to stop it. Even as world leaders like President Francois Hollande and Barack Obama are meticulous in their identification of actions like this as terrorism, not some outgrowth of Islam, the radical right remains unchecked in its rampant Islamophobia.

As individual actors, we cannot leave the responsibility for education about Islam to Muslims alone — and with dreaded family dinners that will no doubt feature inflammatory rhetoric looming in the near future for Americans, it's time to stand with Muslims, not just Paris.

S. E. Smith is a writer, agitator, and commentator based in Northern California, with a journalistic focus on social issues, particularly gender, prison reform, disability rights, environmental justice, queerness, class, and the intersections thereof, with a special interest in rural subjects. International publication credits include work for the Sydney Morning Herald, The Daily Dot, xoJane, The Guardian, Salon, and AlterNet, among many other news outlets and magazines.

Islam and the New World Order

Dr. Yahia Abdur-Rahman, of ISCSC) offers supplication for the 911 Victims

Dr. Ahmad Sakr, of IEC, offers his condolences to the families of the victims and condemns the attack

What I Love About Islam

Canada anti-Muslim attack: ‘It could have been any one of us’

Turkish-Backed Mosque Reignites French Concerns
COMMENTS DISCLAIMER & RULES OF ENGAGEMENT
The opinions expressed herein, through this post or comments, contain positions and viewpoints that are not necessarily those of IslamiCity. These are offered as a means for IslamiCity to stimulate dialogue and discussion in our continuing mission of being an educational organization. The IslamiCity site may occasionally contain copyrighted material the use of which may not always have been specifically authorized by the copyright owner. IslamiCity is making such material available in its effort to advance understanding of humanitarian, education, democracy, and social justice issues, etc. We believe this constitutes a 'fair use' of any such copyrighted material as provided for in section 107 of the US Copyright Law.