Gibberish, Nonsense and the Muslim Alchemist - IslamiCity
Welcome to the world's oldest and most recognized Islamic Web site. Have a blessed Ramadan! Login/Sign Up

Abu Musa Jabir Ibn Hayyan Al-Azdi, sometimes called al-Harrani and al-Sufi, is considered the father of Arab chemistry and one of the founders of modern pharmacy.

He was known to the Europeans as Geber. He was born in the city of Tus in the province of Khorasan in Iran in 721 AD. His father Hayyan Al-Azdi was an “Attar” (druggist or pharmacist) from the Arabian Azd tribe in Yemen, who resided in the city of Kufa in Iraq during the rule of the Umayyads. Hayyan supported the Abbasid revolt against the Umayyads and moved to Iran where Jaber was born. The family fled to Yemen after Hayyan was caught and executed by the Umayyads. Jabir studied in Yemen under the tutelage of the scholar Harbi Al-Himyari. He returned back to Kufa after the Abbasids dynasty took over. It is claimed that he became a student of Imam Jafar Al-Sadiq. He learned chemistry (alchemy), pharmacy, philosophy, astronomy, and medicine. He became the court alchemist during the reign of Caliph Haroun Al-Rashid and was a physician working for his grand ministers (vizir), the Barmakids. He died at the old age of 94 in 815 AD in Kufa.

He is known as a prolific writer authoring 300 books on philosophy, 1300 books on mechanical devices and hundreds of books on alchemy. This very large body of Arabic writings, many of them highly tantalizing, pass under the name of Jabir Ibn Hayyan. This “corpus Jabirianum” with over 500 titles was suspected by other authors3 as not having been written by Jabir himself, but were instead additions by his students or followers and considered products of the Jabir school in alchemy. Others (Lory) thought some of these books were written by Jabir, while others were written at a later time over a period of two centuries.

Among the books in the corpus Jabirianum are:

Many of these books were translated into Latin in the Middle Ages. Among his other significant books were Kitab al-Zuhra (Book of Venus) on the noble art of alchemy. Jabir dedicated this book to the Abbasid Caliph Haroun Al-Rashid. His books on chemistry, including his Kitab-al-Kimya (Book of Chemistry), Kitab Al Sabe’en (The Seventy Books), were translated into Latin and various European languages as well. These translations were popular in Europe for several centuries and have influenced the evolution of modern chemistry. One book he wrote, Kitab Al Ahjar (Book of Stones),4 was written in highly esoteric incomprehensible code, understood only by those initiated into his school of alchemy.

[According to Eighteenth-century English lexicographer Samuel Johnson] It is claimed that the English word “gibberish,” which means nonsense, was derived from his name “Geber” and is believed to be related to his writings in code. 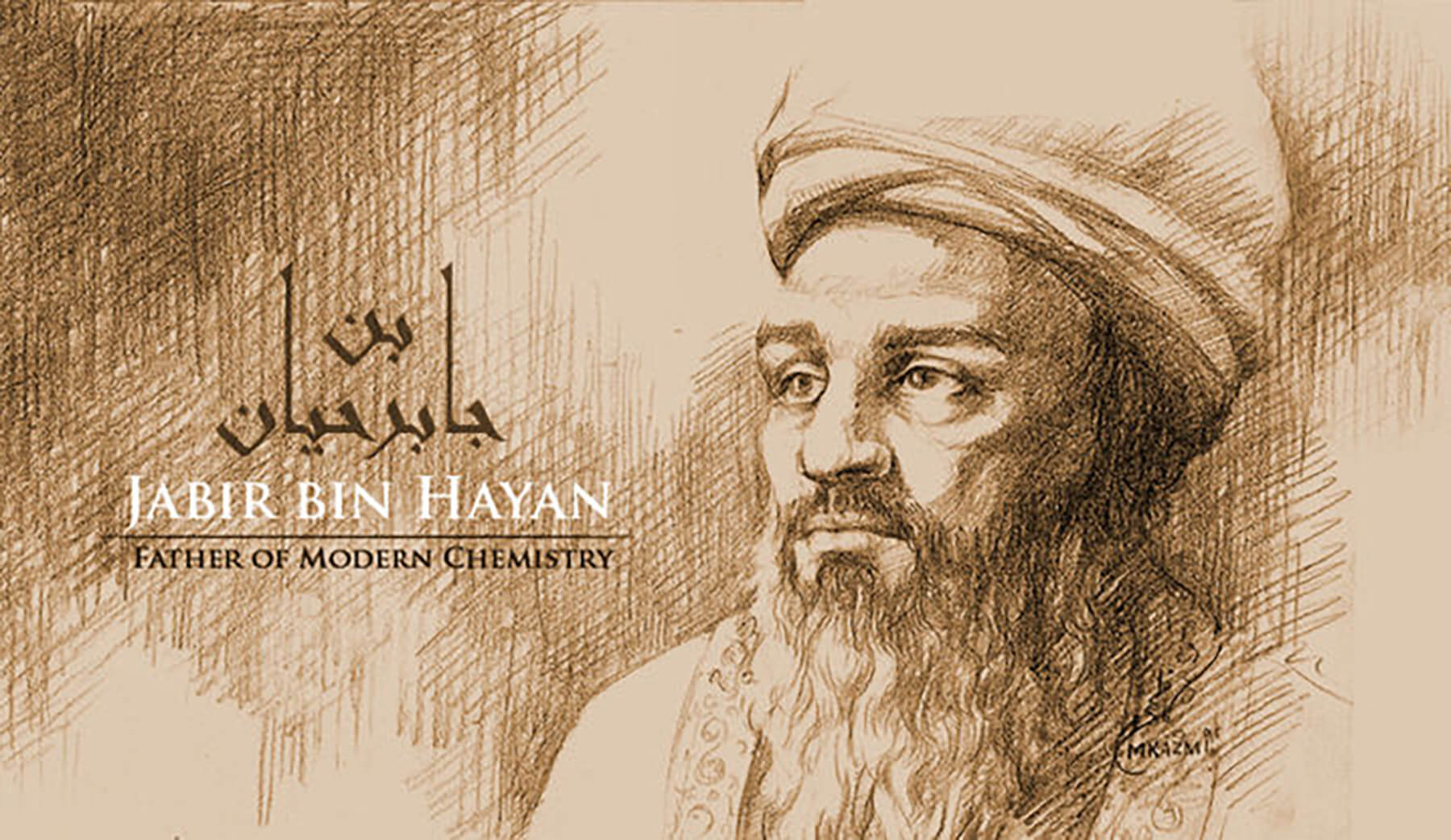 Jabir is credited with the introduction of experimental methodology into alchemy and the invention of several chemical processes used in modern chemistry. These include crystallization, calcinations, sublimation and evaporation, the synthesis of acids (hydrochloric, nitric citric, acetic and tartaric acids), and distillation using his greatest invention, the alembic (Anbaiq). Other achievements included preparation of various metals, development of steel, dyeing of cloth and tanning of leather, varnishing of water-proof cloth, use of manganese dioxide in glass-making, prevention of rusting, and identification of paints and greases. He also developed aqua regia to dissolve gold.

Jabir suggested three categories for the natural elements: Spirits, which vaporize on heating; metals like gold, silver, lead, iron and copper; and stones that can be converted to powder. This nomenclature could represent the beginning of more recent classifications of elements.

Although ancient alchemy was concerned with the preparation of precious metals, Jabir dedicated his work to the development of basic chemical methods using experimentation and the study of chemical reactions and their principles, thus paving the road for transforming chemistry from the realm of myths and legends to a scientific discipline. It is stated that the development of chemistry in Europe can be traced directly to Jabir Ibn Hayyan.

Balancing Our Inner and Outer Worlds

A Search for God: Falsification Tests on the Quran

How The Quran Generates Cosmic Consciousness

Ramadan: Month of the Quran

The Need for Islamization of Knowledge (Part Two)
COMMENTS DISCLAIMER & RULES OF ENGAGEMENT
The opinions expressed herein, through this post or comments, contain positions and viewpoints that are not necessarily those of IslamiCity. These are offered as a means for IslamiCity to stimulate dialogue and discussion in our continuing mission of being an educational organization. The IslamiCity site may occasionally contain copyrighted material the use of which may not always have been specifically authorized by the copyright owner. IslamiCity is making such material available in its effort to advance understanding of humanitarian, education, democracy, and social justice issues, etc. We believe this constitutes a 'fair use' of any such copyrighted material as provided for in section 107 of the US Copyright Law.