Architecture and Religion - IslamiCity
Welcome to the world's oldest and most recognized Islamic Web site. Have a blessed Ramadan! Login/Sign Up

Architecture plays a critical role in religion in all parts of the world. Join the panel in hearing how architecture can shape and influence religion, culture, and a region of the world. This event was hosted by The University of Texas at Dallas via Zoom on February 2, 2022.

Fernando E. Rodriguez-Miaja is an art historian who specializes in Mexican colonial art and culture. He has worked extensively as a consultant in numerous projects in cultural heritage. Between 2014 and 2016, he served as curator for painting, sculpture, and special exhibits at the International Baroque Museum in Puebla. He is the author of numerous books and articles. Among them, he published Destello en la noche de los tiempos, vida y obra de Diego de Borgraf (“A Glimpse in the Night of Time, Life and Work of Diego de Borgraf”), which describes the initial arrival of Flemish painting in America. Rodriguez-Miaja has taught at the “Universidad National Autónoma de México”, the “Universidad Iberoamericana de México”, the “Universidad Pontificia de México”, and The University of Texas at Dallas. He has lectured in many institutions, in Mexico and the United States.

Ali Alibhai holds a PhD from the Near Eastern Languages and Civilizations department at Harvard University (November 2018). He is a scholar of the histories and cultures of Muslim societies and focuses his research on the medieval Maghrib and Mediterranean worlds, with specializations in the histories and art and architecture of medieval Tunisia, Sicily, Spain, and Morocco. Ali’s academic work combines the study of textual and historical studies with art and architectural history to further understand the socio-cultural history and material culture of the medieval Islamic world. He is currently a Visiting Assistant Professor in Art History at the University of Texas at Dallas and the Edith O’Donnell Institute of Art History.

He received his formal training in calligraphy from Haji Mohammad Azam also known as Munawwar Raqam in Urdu Bazar, Lahore, Pakistan. Haji Azam was a master calligrapher and the author of “Tadrees-e-Khattati” book on Nastaliq script.

Hasnain Walji is an educator, historian, filmmaker, and author who has penned over 26 books on Nutrition and Natural Medicine. His lifelong quest is to envision ways and means to enable civil society to confront new realities of the current era.

Born in Tanzania, of Indian ancestry, educated in the United Kingdom his institutional work promoting social justice spans 4 decades in 4 continents. Currently, he serves as Executive Director of United Global initiative - an international NGO with a focus on women empowerment and children’s health. Hasnain’s continued contributions from his active engagement on many boards ranging from The World Federation of Khoja, Universal Muslim Association of America, National Muslim Catholic, Dialogue, and ISEEK demonstrate the breadth of his socio-political endeavor in tackling social injustices that confront our civil society.

He has a passion to increase interfaith and intrafaith understanding to make this world a better place. 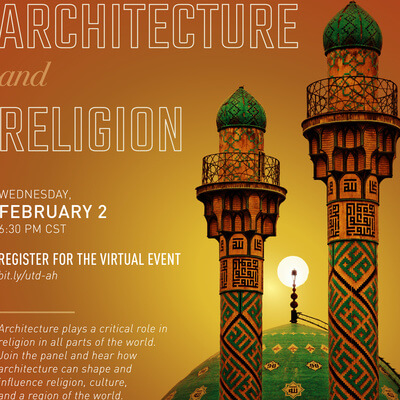 The Non-Muslim Guide to Fasting During Ramadan

Ramadan: The Month of Books of Revelations
COMMENTS DISCLAIMER & RULES OF ENGAGEMENT
The opinions expressed herein, through this post or comments, contain positions and viewpoints that are not necessarily those of IslamiCity. These are offered as a means for IslamiCity to stimulate dialogue and discussion in our continuing mission of being an educational organization. The IslamiCity site may occasionally contain copyrighted material the use of which may not always have been specifically authorized by the copyright owner. IslamiCity is making such material available in its effort to advance understanding of humanitarian, education, democracy, and social justice issues, etc. We believe this constitutes a 'fair use' of any such copyrighted material as provided for in section 107 of the US Copyright Law.