Western Perceptions of the Prophet of Islam - IslamiCity
Welcome to the world's oldest and most recognized Islamic Web site. Have a blessed Ramadan! Login/Sign Up

In the 19th century, some Jewish scholars of Islam in Central Europe looked to early Islam and in particular to Prophet Muhammad for inspiration. For these Jewish scholars, the Muslim prophet served as a model for reforming Judaism. John Tolan, Professor of History at the University of Nantes, France, explores this topic in a chapter of his book, "Faces of Muhammad: Western Perceptions of the Prophet of Islam from the Middle Ages to Today" (Princeton U. Press 2019). The first of them was Rabbi Abraham Geiger.

Rabbi Abraham Geiger (1810–74), the most influential of the founders of Reform Judaism, was also the first university trained rabbi to write a book about Judaism and Islam, in the same year that he received his doctorate (1833) from the University of Bonn, when he was already a rabbi in Wiesbaden. In his memory the Abraham Geiger College at the University of Potsdam was founded in 1999 as Germany’s first rabbinical seminary in Germany after the Holocaust.

Rabbi Geiger sought to emphasize the Jewish “mission” to spread monotheism and moral law. His reforms included shortening the orthodox prayerbook, permitting instrumental music in the synagogue service and praying in the vernacular. However, he opposed Sunday worship and refused to serve any congregation that broke with the established Jewish community. In 1870 he became chief rabbi of the Berlin Reform/Liberal congregations and director of the newly established seminary for the academic study of Judaism.

Many early Christian scholars of Islam believed that Jewish acquaintances of Prophet Muhammad were the source behind a number of Biblical and rabbinic narratives that are also found in the Qur'an. Perhaps the most common Jewish source that figures in the borrowing theory is the Midrash [rabbinic expansion of Biblical verses] Pirke de-Rabbi Eli`ezer.

The earliest person to popularize the hypothesis of borrowing from this midrashic text into the Qur'an was Rabbi Abraham Geiger in his 1833 book “Was hat Mohammed aus dem Judenthume aufgenommen?” which was translated into English with the erroneous ‘Judaism and Islam’ title in 1896 by missionaries in India 22 years after Geiger’s death. Aufgenommen does not mean borrow or copy. It means to absorb interactively or synergistically.

Rabbi Geiger’s book was not a comparison of the similarities in general of the two religions; rather it was about those events within the Hebrew Bible and in rabbinic literature that were also shared by the Qur’an with somewhat different insight perspectives.

Subsequent orientalists, apologists and missionaries claimed that while Prophet Muhammad was compiling the verses of the Qur'an, he utilized Jewish source material from Pirke de-Rabbi Eliezer that he acquired from some 'Jewish friends’ which led to deviations in the Qur’an text  [from the Bible text], culminating in various verses concerning Cain and Abel, the golden calf, Moses "leprous" hand, and Pharaoh's repentance. More recent authors merely repeat Geiger’s original claims.

For example, in the narration about Cain and Able the Qur’an states: “The (selfish) soul of the other led him to the murder of his brother: he murdered him, and became (himself) one of the lost ones. Then Allah sent a raven, who scratched the ground, to show him how to hide the shame of his brother’s (corpus). "Woe is me!" said he; "Was I not even able to be as this raven, and to hide the shame of my brother?" then he became full of regrets. [5:30-31]

This burial part of the story of Cain and Abel in the Qur'an being borrowed from the Pirke de-Rabbi Eli`ezer is the most popular of all the alleged borrowing claims. It appears in almost all the Christian missionary literature dealing with the Qur'an and Islam, either in the form of published books or on the web.

The actual story in Pirke de-Rabbi Eli`ezer reads: “Adam and his helpmate were sitting and weeping and mourning for him, and they did not know what to do (with Abel corpus), for they were unaccustomed to burial. A raven (came), one of its fellow birds was dead (at its side). (The raven) said: I will teach this man what to do. It took its fellow and dug in the earth, hid it and buried it before them. Adam said: Like this raven will I act. He took the corpse of Abel and dug in the earth and buried it. [Friedlander, Pirke De Rabbi Eliezer, 1916, p. 156]

Comparing the two narrations of Cain and Abel in the Qur'an and in the Jewish text Pirke de-Rabbi Eli`ezer, Geiger says:”The one event mentioned is their sacrifice and the murder it lead to. Muhammad makes them hold a conversation before the murder, and one is likewise given in the Jerusalem Targum on the strength of the words in Genesis, "Cain said unto Abel his brother."

Still, the matter of the conversation is given so differently in each case that we do not consider it worthwhile to compare the two passages more closely.” That was Geiger’s error.

The Hebrew Bible text says “Now Cain talked to Abel his brother; and when they were in the field, that Cain rose up against Abel his brother and killed him.” (Genesis 4:8) but there is no statement of what Cain said; so both the Jerusalem Targum (translation into Aramaic) and the Arabic Qur’an provided the missing words.

Geiger should have discussed the two different insight perspectives equally, instead of the small difference between what is attributed to Cain in the Qur’an and what is ascribed by rabbinic Jews to his parents as in Pirke de-Rabbi Eli`ezer.

Another example, this time of an important principle is the next ayah which states: “Because of that, We decreed upon the Children of Israel that whoever kills a soul unless for [murdering another] soul or for corruption [done] in the land - it is as if he had slain all of mankind. And whoever saves one [person]- it is as if he had saved all of mankind. And our messengers had certainly come to them with clear proofs. Then indeed many of them, [even] after that, were transgressors throughout the land.” (Qur’an 5:32)

Both of these verses are very important, yet many academic scholars, both religious and non-religious, get into vigorous arguments over 5:31 and 5:32 because there are statements in Jewish rabbinic literature which are similar to these verses: 5:31 and 5:32.

Unfortunately, academics who treat other religions academically usually do not believe that other scriptures are actually Divinely inspired. Indeed, many academics do not believe that even their own sacred scriptures are Divinely inspired. They use the same kinds of explanation to understand a revealed religion that they would use to explain all secular history and literature.

As a unOrthodox Reform Rabbi I follow a different model. For example, the Mishnah (an early third century compilation of the oral Torah), states, “Adam was created as an individual to teach you that anyone who destroys a single soul, Scripture imputes it to him as if he destroyed the whole world.” (Mishnah, Sanhedrin 4:5)

Academics explain the similarity of the two statements by assuming that since the Jewish statement is four centuries earlier than the Qur’anic one, Prophet Muhammad must have (without any evidence) heard it from a Rabbi or other educated Jew in Medina.

But I believe Prophet Muhammad was a prophet of God who confirms the Torah of Prophet Moses. Prophet Muhammad has no need to learn this statement from another human being. Academics might reply that the statement is not found in the written Torah; it appears in the oral Torah written by the Rabbis in the Mishnah more than 1,000 years after Moses.

But the Rabbis maintain that the Mishnah is part of the oral Torah that was passed down from Moses through many generations just as Ahadith have been passed down orally through several  generations before being written down. Indeed, the Quran itself introduces this statement as follows, “It is because of this that We ordained for the Children of Israel “one who kills a human being … (Quran, 5:32)

No prophet of God needs to be informed by another human what should be written in Holy Scripture. God is the source of all Divine inspiration. There are several verses in the Qur’an that mention things from the oral Torah.

My perspective is that Prophets and Holy Scriptures cannot in reality oppose one another because they all come from one source. Prophets are all brothers; it is as if they have the same “father” (God) and different “mothers” (motherlands, mother tongues, nations, cultures and historical eras).

All of these factors produce different rituals and legal systems, but in theology they can differ only in unessential details. Religions differ because the circumstances of each nation receiving them differ. Where sacred Scriptures differ they do not nullify each other; they only cast additional light on each other.

Rabbi Geiger opposed the standard Christian scholarship that claimed Prophet Muhammad had exploited Jewish sources in order to discredit the prophet and the book, because Geiger felt what was taken was done in good faith, and was “for the most part positive”. (page 212) 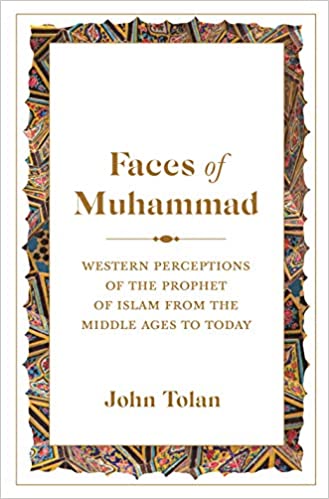 Faces of Muhammad reveals a lengthy tradition of positive portrayals of Muhammad. To Reformation polemicists, the spread of Islam attested to the corruption of the established Church, and prompted them to depict Muhammad as a champion of reform. In revolutionary England, writers on both sides of the conflict drew parallels between Muhammad and Oliver Cromwell, asking whether the prophet was a rebel against legitimate authority or the bringer of a new and just order. To Napoleon, he was simply a role model: a brilliant general, orator, and leader. The book shows that Muhammad wears so many faces in the West because he has always acted as a mirror for its writers, their portrayals revealing more about their own concerns than the historical realities of the founder of Islam.

Goethe’s Tribute to the Prophet - The Stream of Life

The Prophetic Way of Creating an Organization

The Spirituality of Hajj: 'Arafah

When Does the Soul Enter a Fetus?
COMMENTS DISCLAIMER & RULES OF ENGAGEMENT
The opinions expressed herein, through this post or comments, contain positions and viewpoints that are not necessarily those of IslamiCity. These are offered as a means for IslamiCity to stimulate dialogue and discussion in our continuing mission of being an educational organization. The IslamiCity site may occasionally contain copyrighted material the use of which may not always have been specifically authorized by the copyright owner. IslamiCity is making such material available in its effort to advance understanding of humanitarian, education, democracy, and social justice issues, etc. We believe this constitutes a 'fair use' of any such copyrighted material as provided for in section 107 of the US Copyright Law.