How Islamic Architecture Shaped Europe - IslamiCity
Welcome to the world's oldest and most recognized Islamic Web site. Have a blessed Ramadan! Login/Sign Up

In this video, Diana Darke, author of the award-winning book, Stealing from the Saracens: How Islamic Architecture Shaped Europe, takes you on a quick architectural journey to see how architectural styles and ideas passed from vibrant Middle Eastern centers, such as Damascus, Baghdad, and Cairo, and entered Europe via gateways including Muslim Spain, Sicily, and Venice through the movement of pilgrims, bishops, merchants, and medieval Crusaders.

It’s a rich tale of cultural exchange that will help you see some of Europe’s – and even America’s – iconic landmarks with new eyes.

Diana Darke is a Middle East cultural expert with special focus on Syria. With degrees in Arabic from Oxford University and in Islamic Art & Architecture from SOAS, London, she has spent over 30 years specializing in the region, working for both government and commercial sectors.

She is frequently invited to speak at international events and media networks, such as the BBC, PBS, TRT, Al-Jazeera, and France24. Her work on Syria has been published by the BBC website, The Sunday Times, The Guardian, and The Financial Times. She is a Non-Resident Scholar at Washington’s think-tank MEI (the Middle East Institute).

Diana is also the author of the highly acclaimed My House in Damascus: An Inside View of the Syrian Crisis (2016), The Merchant of Syria (2018), and The Last Sanctuary in Aleppo (2019).

Special thanks to the Foundation for Intelligent Giving and the Barrington Peace Forum. 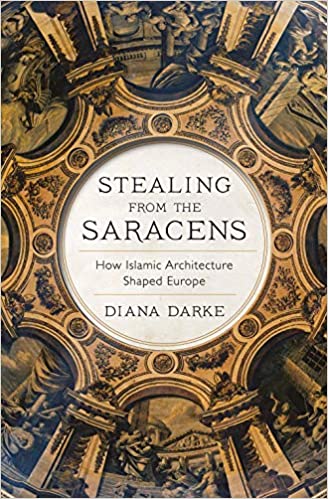 The Non-Muslim Guide to Fasting During Ramadan

Message for Muslims from Latter-day Saints
COMMENTS DISCLAIMER & RULES OF ENGAGEMENT
The opinions expressed herein, through this post or comments, contain positions and viewpoints that are not necessarily those of IslamiCity. These are offered as a means for IslamiCity to stimulate dialogue and discussion in our continuing mission of being an educational organization. The IslamiCity site may occasionally contain copyrighted material the use of which may not always have been specifically authorized by the copyright owner. IslamiCity is making such material available in its effort to advance understanding of humanitarian, education, democracy, and social justice issues, etc. We believe this constitutes a 'fair use' of any such copyrighted material as provided for in section 107 of the US Copyright Law.