The Black Stone of Mecca Like You've Never Seen Before - IslamiCity
Welcome to the world's oldest and most recognized Islamic Web site. Have a blessed Ramadan! Login/Sign Up

High resolution photos have been revealed for the first time of an ancient religious stone in Mecca, Islam's holy city, a Saudi government agency has announced.

The images of al-Hajar al-Aswad, or the Black Stone, are up to 49,000 megapixels in size and took more than 50 hours to photograph and develop, the General Presidency for the Affairs of the Saudi Grand Mosque and the Prophet's Mosque said in a press release Monday.

The General Presidency worked with the Two Holy Mosques' engineering agency to take 1,050 photos of the stone, each being 160 gigabytes. The stone was photographed for seven hours, the authority said.

A technique was used called focus stacking, which combines multiple photos with different focus points to keep the finished product sharp, according to Digital Photography School.

"It's significant because in a sense this is unprecedented," Afifi al-Akiti, a fellow in Islamic studies at the University of Oxford, who wasn't involved in the project, told CNN.

"One sees that it's not actually black, for example... As I understand it, it's the first time there is a magnified digital photo of the stone and one can see the stone up close and personal." 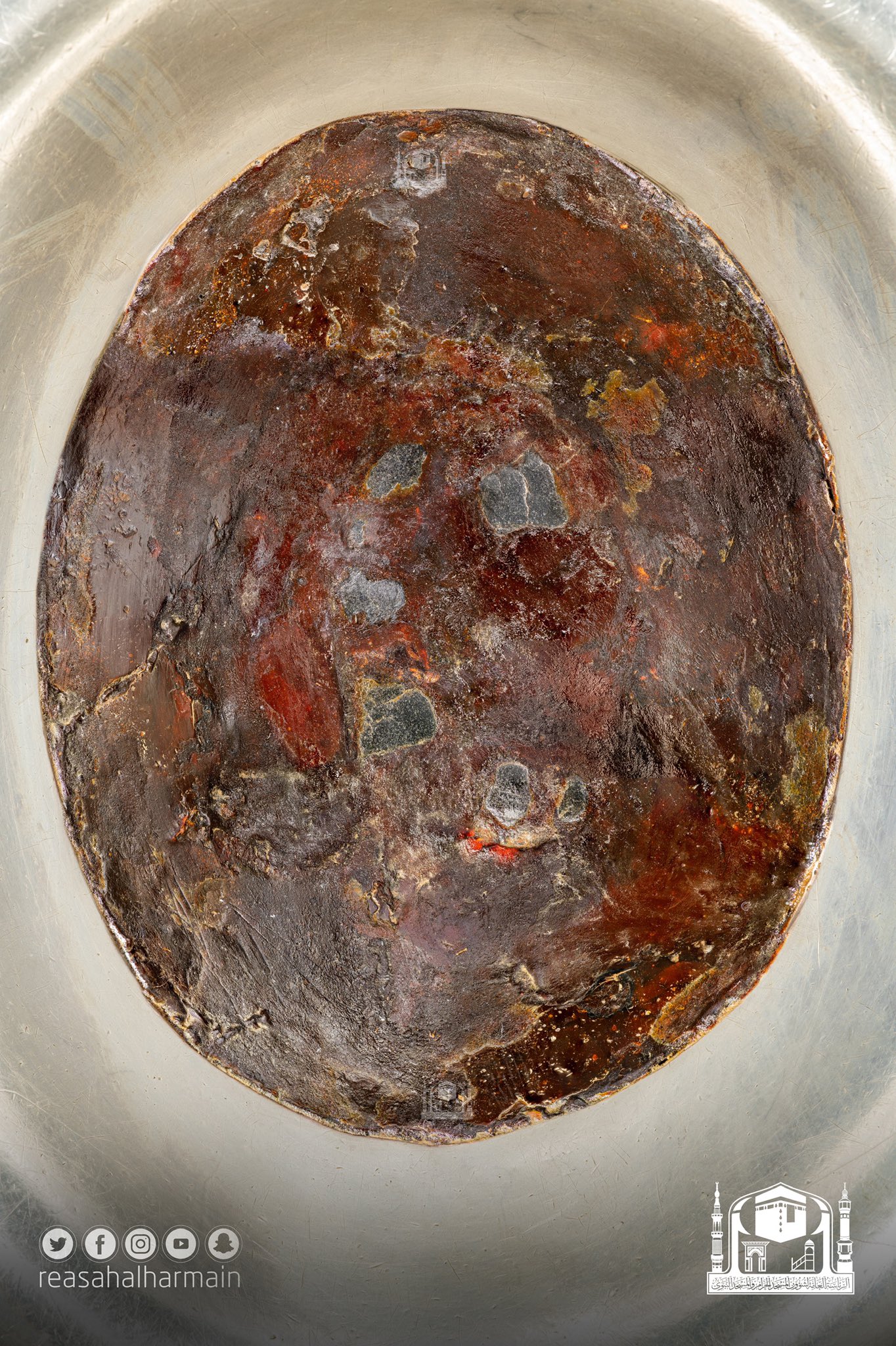 Mecca is considered the spiritual center of Islam because it was where the Prophet Mohammed is said to have received his first revelations in the early 7th century.

The stone is framed in pure silver at the southeast corner of the Kaaba (Ka'bah), the cube-shaped building constructed by Abraham and his son Ishmael, according to the Quran.

During the Hajj, Islam's most important annual pilgrimage, devotees walk counter-clockwise around the black monolith.

While the Hajj typically features large crowds crammed around Islam's holiest shrine, much fewer attended in 2020 over fears of Covid-19.

Pilgrims usually touch, kiss, or wave at al-Hajar al-Aswad when walking past. 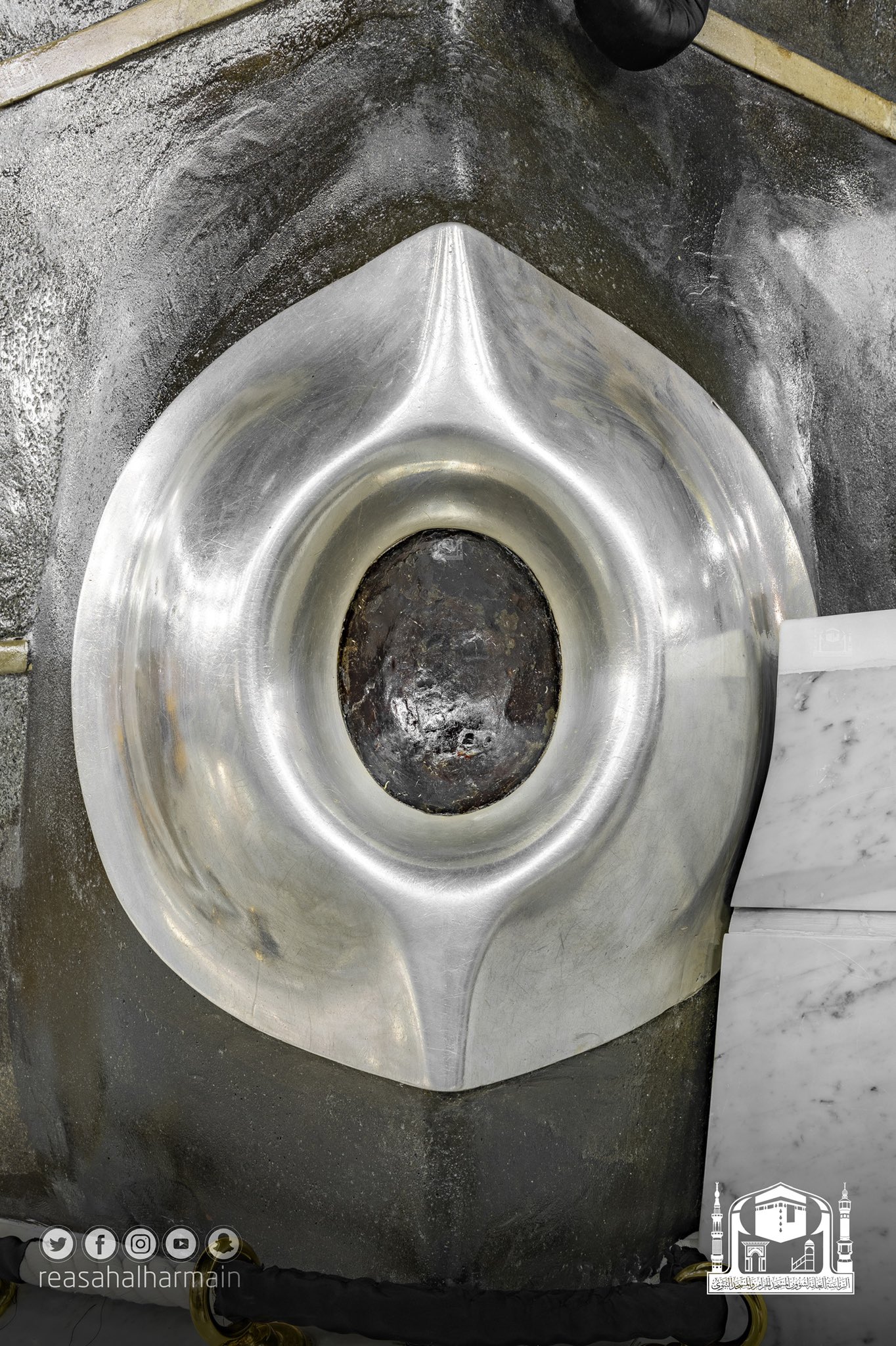 "The stone originally was apparently white, not black. It's thought mankind touching the stone and seeking forgiveness from God is the reason the stone is black, reflecting the sins of humanity, according to Muslim sources," said al-Akiti.

Muslim tradition dictates that the stone dates back to the prophet Adam, the primordial man, said al-Akiti. In another account, it is believed the angel Gabriel gave the stone to Abraham while he was building the Kaaba, according to Oxford Islamic Studies Online.

Scientists point out that the stone might be a meteorite, al-Akiti said, and that the latter theory may have originated after it fell from the sky.

People kiss the stone today because Omar, the second Muslim caliph, told followers that he had seen the Prophet Mohammed do so himself, said al-Akiti. 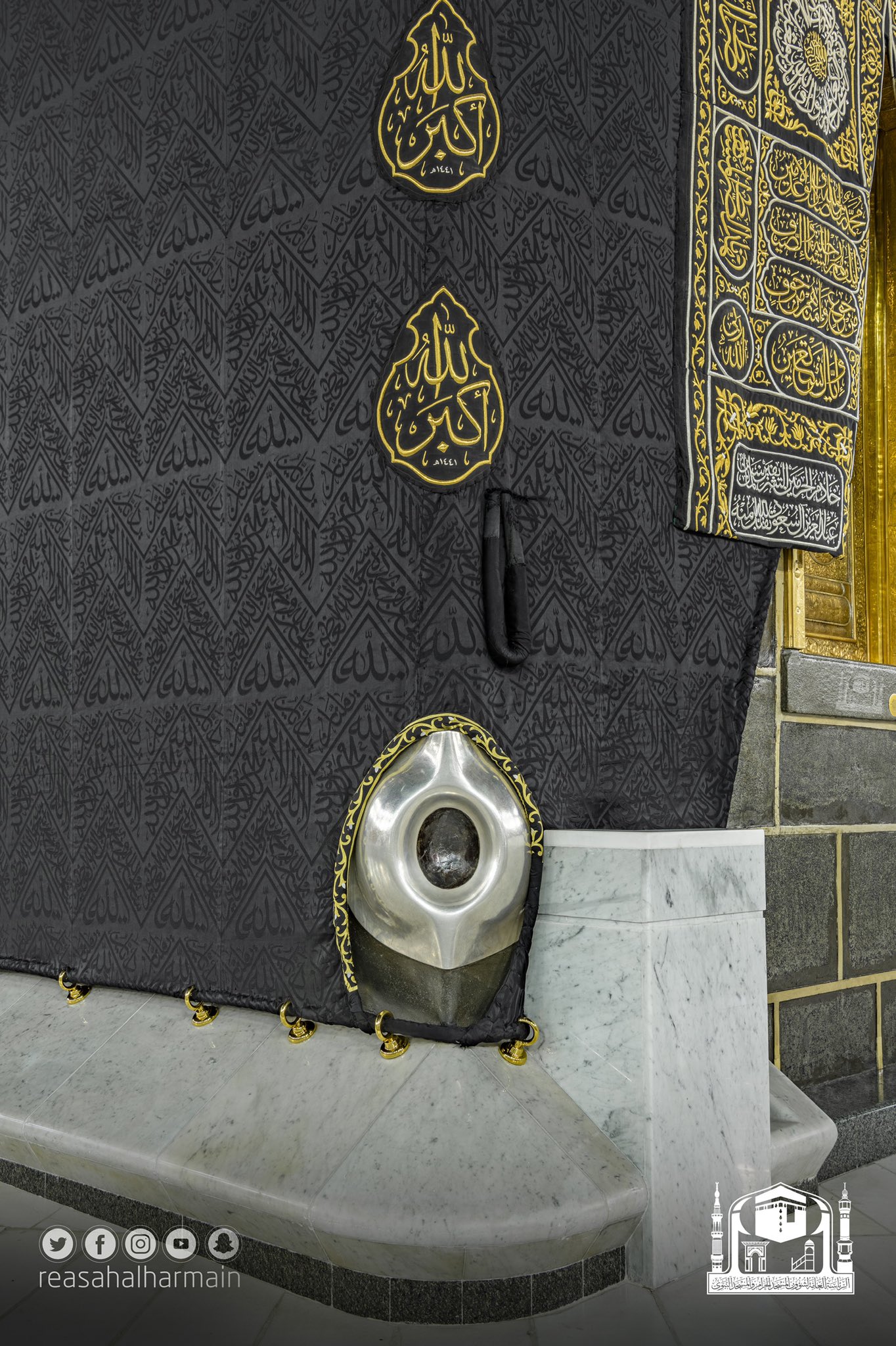 al-Hajar al-Aswad is framed in pure silver at the southeast corner of the Kaaba (Ka'bah) (photo: General Presidency of the Two Holy Mosques).

The Prophet of Mercy

The Prophet of Islam - His Biography

Hajj: Allegiance and the Black Stone

Hajj: Reaching Beyond the Kaaba
COMMENTS DISCLAIMER & RULES OF ENGAGEMENT
The opinions expressed herein, through this post or comments, contain positions and viewpoints that are not necessarily those of IslamiCity. These are offered as a means for IslamiCity to stimulate dialogue and discussion in our continuing mission of being an educational organization. The IslamiCity site may occasionally contain copyrighted material the use of which may not always have been specifically authorized by the copyright owner. IslamiCity is making such material available in its effort to advance understanding of humanitarian, education, democracy, and social justice issues, etc. We believe this constitutes a 'fair use' of any such copyrighted material as provided for in section 107 of the US Copyright Law.