It Is Time To Revive The Islamic Enlightenment - IslamiCity
Welcome to the world's oldest and most recognized Islamic Web site. Have a blessed Ramadan! Login/Sign Up

ISIS, Al Qaeda, Boko Haram… Beheadings, terrorist attacks, massacres in the name of Islam… Do these grim episodes show that there is something wrong in the Muslim world today?

In the West, there are two popular answers to this question, which are diametrically opposite: The first is that these terrorists reveal “the true face of Islam,” which is a hopelessly violent and intolerant religion. The second answer is that, quite the contrary, these terrorists “have nothing to do with Islam,” which is only a religion of peace, while all troubles are created by socio‐ economic problems or foreign interventions.

As a Muslim myself who has been struggling with issues of freedom, human rights, and tolerance in the contemporary world of Islam, I believe both answers are wrong.

The first answer is wrong—and awfully unfair—because terrorists acting in the name of Islam are extremely marginal among the world’s 1.6 billion Muslims, most of which are peaceful people with normal lives. So, those terrorists are “extremists” indeed.

However, the second answer is also wrong, because the terrorists in question have something to do with Islam: they are referring to certain verdicts in Islamic jurisprudence—the interpretation of the Sharia—only by taking them to new heights.

Look at how ISIS justifies massacring Shiites: by declaring them “apostates.” In return, mainstream Islamic authorities condemn ISIS, by typically saying, “No, you can’t declare fellow Muslims apostates.” But most of these authorities don’t say that no apostate should ever be targeted—because they still believe in the authoritativeness of a dubious narration from the Prophet Muhammad: “Whomever leaves his religion, kill him.”

Or look at how Al Qaeda justifies killing “blasphemers”—people such as Charlie Hebdo cartoonists. They rely on medieval Islamic jurists who defined sabb al‐ rasul, or “insulting the prophet,” as a capital crime. In return, mainstream Islamic authorities oppose Al Qaeda, typically by saying, “No you can’t punish blasphemy on a vigilante basis, especially in a non‐ Muslim county.” That is helpful, but most of these mainstream authorities still see blasphemy as a capital crime. Hence they do not oppose the harsh blasphemy laws in Pakistan, Saudi Arabia, Iran, and many other Muslim‐ majority countries.

Here is the underlying problem that modern‐ day Muslims need to frankly face: Islam, as a religion, found political power right at its birth. Therefore, most early Muslims did not see anything wrong with using coercive power to advance their faith—just as their contemporaries, such as the Byzantines or the Sassanids, were also doing. This coercive power included military conquests; a political order based on the supremacy of Muslims over non‐ Muslims; the enforcement of piety; and the violent suppression of blasphemy, apostasy, and heresy.

None of these were shocking in the pre‐ modern world, when Islam in fact often seemed to be a more lenient religion than Christianity, whose own marriage with power was reflected in the horrors of the Crusades or the tortures of the Inquisition. No wonder, in that pre‐ modern world, many Jews fled from Christendom to the Muslim Ottoman Empire to find safety and freedom.

Yet the world has changed dramatically in the past few centuries, with the rise of liberal democracies and universal human rights. Christianity—and Judaism—adopted to these modern values, by revising some of their illiberal doctrines. But Islamic jurisprudence, and the mindset beneath, has not changed much.

Therefore, mainstream Islam indeed needs that much‐ discussed transformation: a major reform. The right analogy in Western history is not the Protestant Reformation, though, which has been often referenced, but only inappropriately.

The right analogy is the Enlightenment, in particular the kind of Enlightenment advocated by John Locke, who offered a new interpretation of Christianity—not a rejection of it—to save it from its own centuries‐ old marriage with coercive power.

In fact, this has been realized since the 19th century—in the late Ottoman Empire, Arab World, and India—by self‐ declared “Islamic liberals.” Their efforts led to liberal constitutions, feminist reforms, and religious reinterpretations. Recently, British historian Christopher de Bellaigue has summarized these significant efforts as the “Islamic Enlightenment.”

Yet this very drive provoked “Islam’s counter‐ Enlightenment,” spearheaded by a wide range of Salafis, Islamists, and rigid conservatives. (The terrorists mentioned above represent their most extreme fringe.)

My new book, Reopening Muslim Minds: A Return to Reason, Freedom, and Tolerance, is meant to be an intervention into this big crisis of Islam. It aims to revive and advance the Islamic Enlightenment, by presenting a comprehensive argument for it—and, perhaps more importantly, by dismantling the theological roadblock that obstructs it.

The main challenge is simple, but also a big one: Can Islam give up coercive power? Can it be a religion that proposes its truth claims, but does not impose them?

Many Muslims, who are happy to live in free societies or aspire for them, already say “yes.”

Yet there are others who emphatically say “no.”

Hence I wrote this book to show why they are wrong, and why there is a better way to understand Islam.

A way where faith is reconciled with reason, expressed in freedom, and crowned with tolerance. 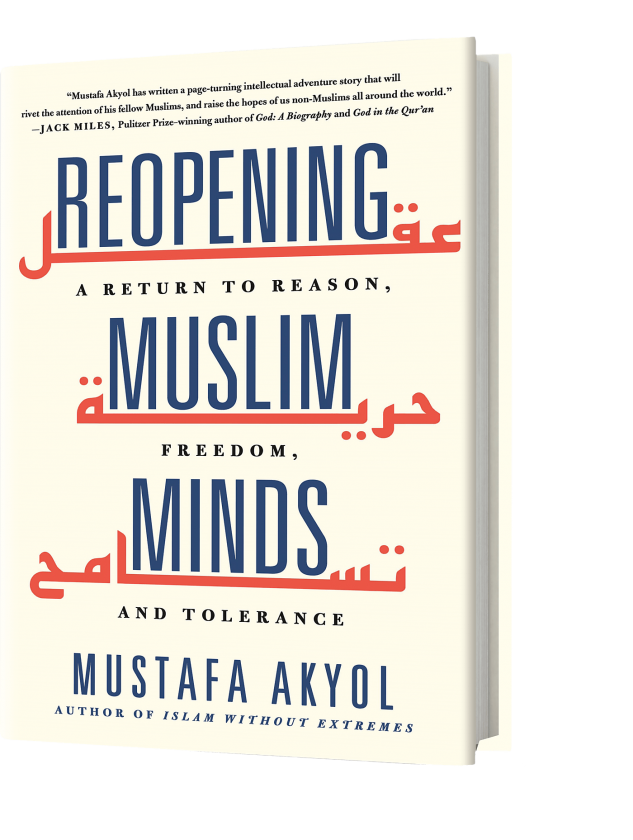 Mustafa Akyol is a senior fellow at the Cato Institute’s Center for Global Liberty and Prosperity, where he focuses on the intersection of public policy, Islam, and modernity. He is the author of Reopening Muslim Minds: A Return to Reason, Freedom, and Tolerance (2021), The Islamic Jesus: How the King of the Jews Became a Prophet of the Muslims (2017), and Islam without Extremes: A Muslim Case for Liberty (2011). Akyol has a bachelor’s degree in political science and a master’s degree in Ottoman history from the Boğaziçi University in Istanbul, Turkey.

Ramadan – Time to Unplug From the Matrix

All Efforts to Extinguish Divine Light Will Fail

The Muslim Father of Robotics

Biruni: A Scholar of Civilization

Prime Minister of Pakistan Discusses Islam With Scholars
COMMENTS DISCLAIMER & RULES OF ENGAGEMENT
The opinions expressed herein, through this post or comments, contain positions and viewpoints that are not necessarily those of IslamiCity. These are offered as a means for IslamiCity to stimulate dialogue and discussion in our continuing mission of being an educational organization. The IslamiCity site may occasionally contain copyrighted material the use of which may not always have been specifically authorized by the copyright owner. IslamiCity is making such material available in its effort to advance understanding of humanitarian, education, democracy, and social justice issues, etc. We believe this constitutes a 'fair use' of any such copyrighted material as provided for in section 107 of the US Copyright Law.