Webinar: How Ali ibn Abi Talib Unites Shia and Sunnis - IslamiCity
Welcome to the world's oldest and most recognized Islamic Web site. Have a blessed Ramadan! Login/Sign Up

Watch the recorded webinar broadcasted on Saturday (March 20, 2021) for an engaging discussion on the life of Ali ibn Abi Talib ra and how he can be a unifying source for Shias and Sunnis.

Dr. Hassan Abbas is a distinguished Professor of International Relations at the National Defense University in Washington DC. He also serves as a senior advisor at Harvard University’s Weatherhead Center for International Affairs.

Dr. Aslam Abdullah is a Resident Scholar at IslamiCity. Dr. Abdullah received a Doctorate in Communications from the University Of London, England, in 1987.

This modern biography tells the story of Ali ibn Abi Talib (599–661), a fascinating yet mystifying tale of an extraordinary man. Ali’s life is inextricably linked with the history and politics of Islam. It is as relevant to Islam’s rise and growth as it is to the contemporary trials and tribulations faced by its adherents.

Hassan Abbas provides a nuanced, compelling portrait of this towering figure and the origins of sectarian division within Islam. Abbas reveals how, after Mohammad, Ali assumed the spiritual mantle of Islam to spearhead the movement that the Prophet had led. While Ali’s teachings about wisdom, justice and selflessness continue to be cherished by both Shia and Sunni Muslims, his pluralist ideas have been buried under sectarian agendas and power politics. 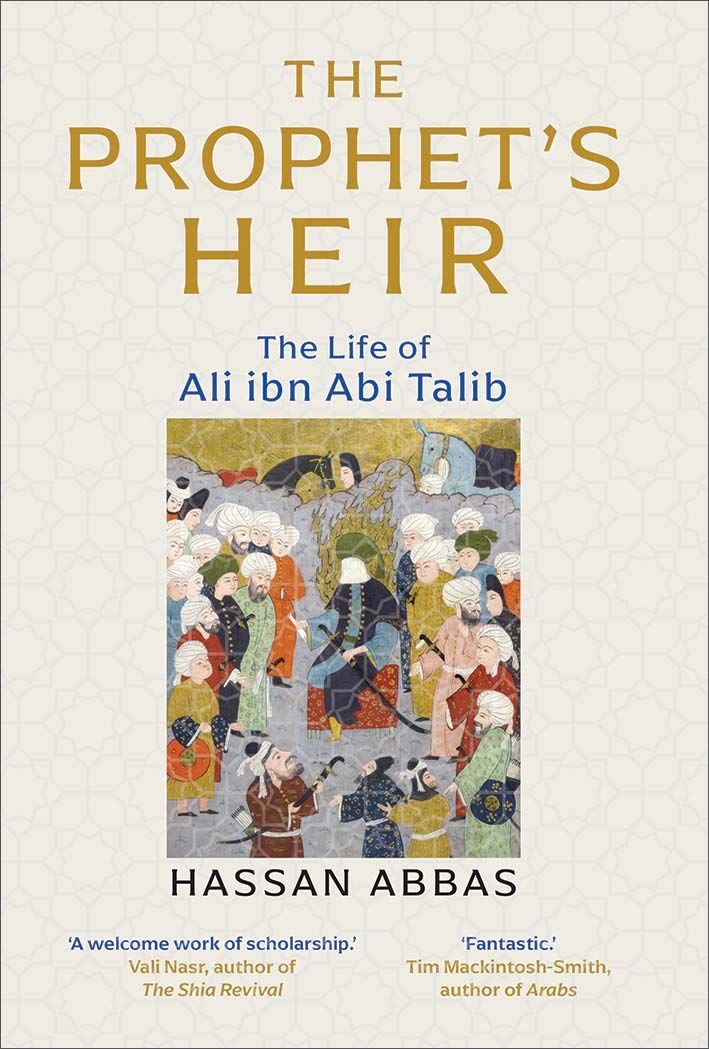 Webinar (Oct 19): Celebrating the Birth of the Prophet

Webinar Series (Recorded): Muharram a Time for Sacrifice and Reformation

The Prophet's Heir: The Life of Ali ibn Abi Talib

The Massacre of Karbala: A Historical Analysis

Webinar: Why Democracy Matters for People of Faith

Session 3: Why Should People of Faith Defend Democracy?

Session 2: Democracy vs. Theocracy (Rule of the People vs. the Law of God?)

Session 1: The Religious Roots of Democracy

Webinar: Living the Example of Mercy to Humankind

Interfaith Webinar (Mar 16): How do perpetrators of racism see the light?

Interfaith Webinar (Feb 16): How Survivors of Racism Have Healed Their Wounds

Interfaith Webinar: Stories Exploring the Wounds of Racism
COMMENTS DISCLAIMER & RULES OF ENGAGEMENT
The opinions expressed herein, through this post or comments, contain positions and viewpoints that are not necessarily those of IslamiCity. These are offered as a means for IslamiCity to stimulate dialogue and discussion in our continuing mission of being an educational organization. The IslamiCity site may occasionally contain copyrighted material the use of which may not always have been specifically authorized by the copyright owner. IslamiCity is making such material available in its effort to advance understanding of humanitarian, education, democracy, and social justice issues, etc. We believe this constitutes a 'fair use' of any such copyrighted material as provided for in section 107 of the US Copyright Law.