India - From Democracy to Modocracy - IslamiCity
Welcome to the world's oldest and most recognized Islamic Web site. Have a blessed Ramadan! Login/Sign Up 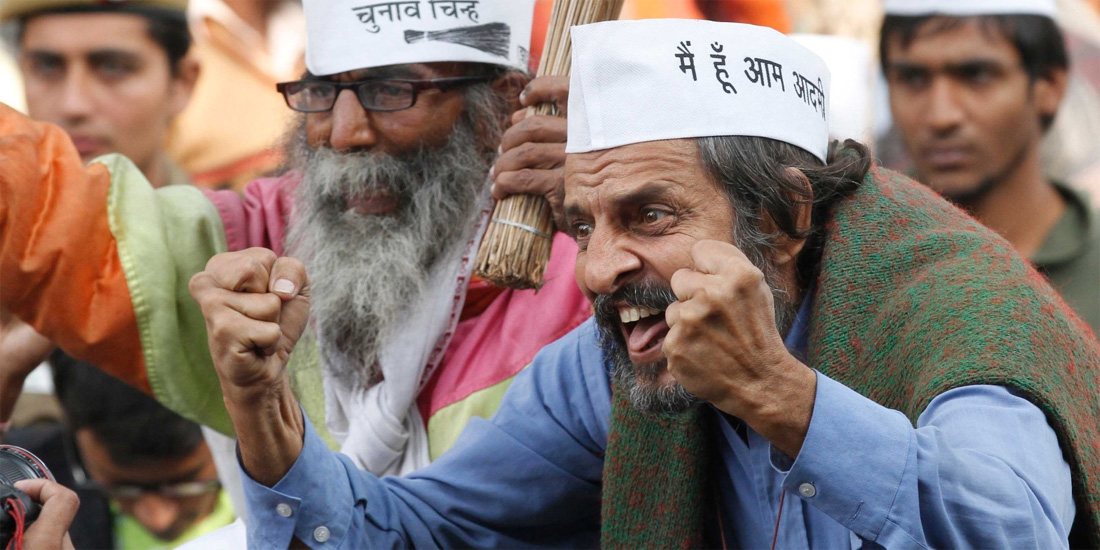 The Greatest Show of People's will on earth

The biggest show of democracy in the world is taking place in India. 814.5 million voters will elect 543 members of India's lower house, Lok Sabha on May 16 through a process of election in five phases. On the one hand is the Indian National Congress and its allies and on the other is the Bhartiya Janata Party and its allies. There are other groups in the fray, yet the main contest is between these major parties. The Congress and its allies who claim to represent people espousing secular, and pluralistic values while the BJP represent people believing in the ideology of Hindutva, meaning that India is primarily a Hindu nation and its Hindu identity must never be negated. The Congress is pitching Rahul Gandhi, the great grandson of India's first prime Minister, Jawahar Lal Nehru, while the BJP has fielded Narendar Modi, the 63 year old Chief Minister of the State of Gujrat for over 12 years. Mr Modi has denied any responsibility for the Gujarat riots of 2002 that resulted in the deaths of 790 Muslims and 254 Hindus while he was Chief Minister of the State.

The issue is simple. What kind of India will emerge after May 16, an India run by champions of pluralism or an India run by Hindu nationalists? It is this issue that overrides all other issues including the development and employment in the coming years. The BJP is trying to create a secular image for itself by declaring that it believes in one nation, and in one people. But the one nation and one people theory in the BJP does not refer to Indians, rather to Hindus and Hindus of upper castes or those who in religious terms are described as twice born. Indian politics is primarily dominated by these so called twice born leaders during the last 66 years under different names and pretexts and this election cycle it is not different in substance. It is based on deception with a few exceptions here and there.

The latest statement of Modi, BJP candidate for the Indian Prime-ministerial position describing Muslims as brothers is a cacophony in deception. The glibness in this fakery is well evident. Once he called the same "brothers" puppies and once he wanted to teach them a lesson, but now they are his brothers because he wants to create an image of a compassionate leader ready to govern the world's largest democracy. It is nothing but a sham and an exercise in deceit. Even though politics itself is a deceptive art, but one has to coin a new term to describe what Modi has been saying and doing. We can call it Modocracy, a process to take control of government through a web of lies and deceptions.

The real agenda of BJP is dictated by the Rashtriya Swayam Sewak Sangh (RSS) an organization created on the pattern of the Nazi party. Its agenda is to create a Hindu Rashtra (nation) run by the teachings of its religious scriptures. This Rashtra must reflect the Hindu social structure where people are accorded a stagnant position by birth, where purity and profanity is dependent on one's birth to his or her caste and where certain castes are most favored by the society and the creator because they were born in a state of purity. RSS believes in an India that has little room for non-Hindus. Muslims, Christians, Buddhists, even Jains and Jews must succumb to Hindu social structure and laws and accept the superiority of the upper castes because they are malich or untouchables. The emergence of Buddhism, Jainism, Sikhism, the three indigenous religions of India clearly speak of the religious protests against upper caste lead Hinduism in the past.

RSS and BJP have already succeeded in infiltrating India's schools, military, bureaucracy, and law enforcement agencies as well as the media and judiciary. They are promoting their ideals in these vital institution creating hatred. RSS and BJP leaders are threatening people who are opposed to their style of leadership of dire consequences and they are inciting Hindus to ostracize Muslims in their colonies. They are reminding Hindus to get ready to take revenge from Muslims for the wrongs their forefathers committed against Hindus.

RSS believes that violence can be used to reconvert Muslims and Christians to Hinduism and future conversion to Islam and Christianity can be stopped through legal means. RSS believes that once in power, it can change the constitution to serve its political agenda. So in a Modi-led government, discrimination and injustices would be given a constitutional framework, the same strategy followed by Hitler's Germany when the holocaust was approved by the will of the people within a legal framework.

Congress Party and its allies are burdened with the accusations of corruption, hence they are unable to match the rhetoric of the BJP. Regional parties might pose challenge to the BJP and a new player may cause tremor in Indian politics. The new player is Aam Admi (common people) Party (AAP). It is running on close to 400 Lok Sabha seats. No one knows how it would fare. Its fate is as its name suggests in the hands of common voters. If the common voters is convinced with the integrity and style of the AAP, it may provide the biggest shock in Indian politics. It is possible that it might but nothing can be predicted about it because of the role of money and propaganda as well as caste and religion in Indian politics. Can an average nonaligned voter take a decision based on the strength of his convictions for a clean political system? This election might provide a clue to it.

Muslims in India are bewildered with the political drama unfolding in front of their eyes. Divided into political camps, castes, classes and clans and on sectarian and religious lines, they are looking at everyone to save them from Modi or RSS. Some have opted to join the RSS and BJP and Modi bandwagon believing that if they cannot beat them, they can join them. Those who have joined BJP are fully aware of RSS agenda and Modi murders, yet political expediency seems to be more relevant to them than the bitter truth.

Politics of deception that is being played in independent India is manifesting itself fully in this election. Politicians in general do not tell the truth but speak lies and that too loudly. Non-Indian groups have been inducted into this election campaigns. Image makers, policy creators, message broadcasters from the US, Japan, Britain, Israel and other places are hired by political parties to deceive voters so that victory could be achieved. Mega corporations see a big opportunity in these elections to use their money to win as many mercenaries through ballots as they can. Indian democracy is in one heck of a mess.

Democracy is transforming itself into Modocracy with little regard to pluralistic values and human dignity.

Dr Aslam Abdullah is director of the Islamic Society of Nevada, Vice president of the Muslim Council of America (MCA) and the President elect of the Nevada Interfaith Council. He has authored several books and published more than 400 papers on issues related with Islam and contemporary issues. He has taught at colleges in India as well as in the US. He is also Editor-in Chief of America's largest circulating Muslim weekly, The Muslim Observer.

India has a parliamentary system of government with two chambers: Lok Sabha and Rajiya Sabha.

Total Number of Parliamentary Constituency, for Lok Sabha: 543 (79 are reserved for scheduled Castes and 41 for Scheduled Tribes)

Amount of Money each candidate is allowed to spend: 118,000

Polling station with least no of electors: Only ONE voter in Polling station No. - 29;(Dharampur) in Miao Assembly segment of Arunachal East parliamentary constituency

Maximum Women contestants in a state - 61 (UP)

Minimum age of the candidate - 25 years (Many).

The Best of Indian Islam | Sulh Kul as Pluralism

Reflections and Recommendations on Madrasah Reforms

How to address Dalits plight? | Inside Story -

Is RSS Singing a New Tune?

India's Diplomatic Disaster with Muslim Nations over the Insult to Prophet
COMMENTS DISCLAIMER & RULES OF ENGAGEMENT
The opinions expressed herein, through this post or comments, contain positions and viewpoints that are not necessarily those of IslamiCity. These are offered as a means for IslamiCity to stimulate dialogue and discussion in our continuing mission of being an educational organization. The IslamiCity site may occasionally contain copyrighted material the use of which may not always have been specifically authorized by the copyright owner. IslamiCity is making such material available in its effort to advance understanding of humanitarian, education, democracy, and social justice issues, etc. We believe this constitutes a 'fair use' of any such copyrighted material as provided for in section 107 of the US Copyright Law.

Older Comments:
FAIYAZ FROM USA said:
I totally agree. I have seen in my college, in 1970s, when RSS was doing drilles and giving lectures against muslims . their main target has been muslims.Their members were unfortunately very intelligent and good people. Two of RSS members left organization after they found that muslims can be very good and likable people,after they knew me.
This is unfortunate for India.
()
AMIT FROM INDIA said:
Respected Dr Aslam Abdullah,