Online Radio
Loss of eminent scholar and tireless advocate of the Quran - Dr. Irfan Ahmed Khan - IslamiCity
Welcome to the world's oldest and most recognized Islamic Web site. Have a blessed Ramadan! Login/Sign Up

Thousands of students around the world are lamenting the loss of a teacher and one of the most gentle souls that God placed among us.

He was 87 and until the last conscious minute of his life he was inviting people to the Quran. His last travel for this purpose was in California and Georgia just ten days before he had three massive heart attacks in his hometown Chicago. He visited California and Georgia as if he had gone there to say good bye to those who were his disciples and students.

I had the honor to listen to him and learn from him immensely. Wherever I was with him he was always sharing his vision and dreams and his efforts to encourage people to connect with the word of God. He was a man of peace and justice. He lived in this world, yet every minute he was conscious of the world he has to move on to. Whenever he came to stay with me he would every day call his daughters and wife and inform them of the itinerary. He would share with them the details. On March 14, 2018 he visited the office of IslamiCity.org in Culver City, California. He spent the whole day there and accepted the requested of this largest Islamic portal in America to serialize his work and make it available to the world.

In one of his previous visits to IslamiCity he started his address to the some of the young people present, "In our cultures we have arranged marriages, which is fine and works most of the time, but true love marriage is better." After he gets the attention of the people who want to hear what this old traditional scholar has to say about love marriages. He continues, "This is the same relationship we should have with the Quran, a love relationship and not an arranged relationship."

He indeed was a sign from among the signs of Allah. He reminded people how the true life of a believer should be. He offered his life as an example of dedication and sacrifice to the ideals he was promoting. His main focus and life was the Quran. Everything he did revolved around the Quran.

His main thesis was simple. The Quran comprises of 114 discourses and each discourse or surah (chapter) focuses on a few dominant themes and each ayah (verses) highlights an important issue. All ayahs are interconnected and all surahs are interconnected. The ayahs and surahs offer guidance to humanity as a whole to create a peaceful environment to explore the universe and serve humanity to reach a higher degree of consciousness. It was a methodology that a few great scholars of the Quran such as Maulana Hameeduddin Farahi and Abdullah Mubarakpuri had also focused on.

In his book Reflections on the Quran, Dr. Irfan explains, “Ummah’s revival is not possible without its people building up a direct relationship with the Divine Words. The Quran addresses every human being. It invites everyone to reflect over its ayah. But, every believer builds his/ her own direct and personal relationship with the Book. … The Quran views the believers as engaged in reﬂecting upon its ayah and thus receiving guidance and inspiration from them. … Building up a direct relationship With the Divine Words is all the more required of the Islamic scholars working in various disciplines of knowledge. In fact, for a true Islamic scholarship, maintaining a living relationship with the Book is essential.”

His scholarship did not prevent him from activism. Until he breathed his last, he was actively involved in interfaith dialogue In fact, during his visit to California, he attended the dialogue between Christians and Muslims on the theme Prophet Moses.

He was the president of the Association for Quranic Understanding. He was the founder of the revived Parliament of World Religions. He was the initiator of several interfaith dialogues in the world. More important than all this, he was the mentor and teacher of hundreds and thousands of young people in India and the USA. He did not run after fame. He did not seek position. He served the cause of peace and justice quietly and left a legacy that would continue to benefit people all over the world.

He raised an honorable family of five daughters and two sons, and at the same time started a movement to remind people that Quran must be given due place in Muslim thoughts. His opinion that the Quran should be understood directly was often challenged by traditional scholars, yet he was firm in his opinion supported by the Quran. He is one of those few scholars of his time who earned a PhD from a prestigious university.

Dr. Irfan was active in Jamat e Islami movement in India. He organized several youth conferences while in India and offered them training in interfaith work and understanding the Quran. His life deserves to be studied closely and his work needs to be referred to by all those who are making efforts to understand the divine guidance. His book Reflections on the Quran: Understanding Surahs Al-Fatihah & Al-Baqarah is a monumental work on the Quran.

Indeed to God we all belong because from him we all come. But there are some who leave behind them imprints that remind people of the meaning of this life and the struggles that one goes through in it.

May God inspire all his students and family to continue the work of understanding and connecting  with the word of God. 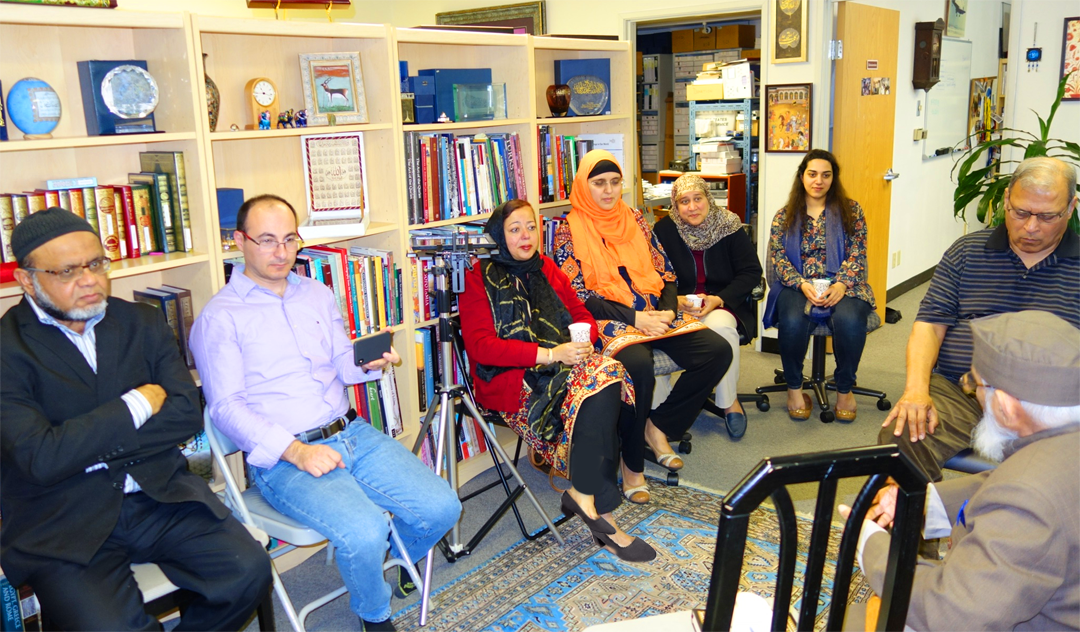 Jallali El-Idrissi, Bellhop to Presidents at Waldorf, Dies at 74

What I Learn From the Prophet ﷺ About Death & Dying

Passing of A Unique, Muslim Pioneer

Mother Who Inspired IslamiCity Passes Away

George H.W. Bush – The Man and His Legacy

Uri Avnery: The Face of Exemplary Journalism
COMMENTS DISCLAIMER & RULES OF ENGAGEMENT
The opinions expressed herein, through this post or comments, contain positions and viewpoints that are not necessarily those of IslamiCity. These are offered as a means for IslamiCity to stimulate dialogue and discussion in our continuing mission of being an educational organization. The IslamiCity site may occasionally contain copyrighted material the use of which may not always have been specifically authorized by the copyright owner. IslamiCity is making such material available in its effort to advance understanding of humanitarian, education, democracy, and social justice issues, etc. We believe this constitutes a 'fair use' of any such copyrighted material as provided for in section 107 of the US Copyright Law.