According to Jewish and Christian tradition, a thousand years after Abraham, the Jewish people were slaves, locked in perpetual servitude in Egypt before being led to freedom by Moses. On their epic trek to Palestine, Moses broke the journey in the area around Mount Sinai. It was at its peak that Moses received from God a set of covenants, or laws, etched into clay tablets. These 10 Commandments became the foundation for a moral existence.

Over 1000 years later, in 2 AH or 624 CE, the Prophet Muhammad wrote and granted a different covenant to the monks at the Monastery of St. Catherine, a 60-year-old Christian abbey at the base of Mount Sinai. Though not commanding the recipients to honor their mother and father or desist in the creation of idols, the covenant from the Prophet Muhammad did something unheard of in the annals of history — it promised to protect the Christian monks and residents of the region from any incursions, attacks, or efforts to take over the Christian pilgrimage site. It swore to protect the monks singularly and as a group wherever they were. Further, the contract vowed to allow all inhabitants to keep the religion of their choice. The handwritten words on parchment, signed with the Prophet’s hand-print bound the Islamic nation to honor these promises “for all time, even unto the Day of Judgment and the end of the world.”

Dr. John A. Morrow, academic, researcher, scholar, teacher, a member of the Canadian Métis community, and an activist, converted to Islam at the age of 16, while a high school student in his native Canada. Still a teen, Morrow continued to research Islam through dozens of texts, and he came across an 18th-century text written by Richard Pococke which described and translated parts of the treaty the Prophet Muhammad had initiated with the Monks of Mount Sinai.
In one section of the document, the text reads, “That whenever any of the monks in his travels shall happen to settle upon any mountain, hill, village, or other habitable place, on the sea, or in deserts, or in any convent, church, or house of prayer, I shall be in the midst of them, as the preserver and protector of them, their goods and effects, with my soul, aid, and protection…” These sentiments and others like them anchored Morrow’s attachment to the demonstrated compassion and teachings of Islam.

Thirty years, several academic degrees, and dozens of publications later, Dr. Morrow’s most recent work, The Covenants of the Prophet Muhammad with the Christians of His Time, is shaking up both the Islamic and Christian worlds. Whether intentionally or circumstantially, the treaty with the monks of Mt. Sinai and over a dozen other, similar documents, had receded from religious consciousness over the centuries and were squirreled away amid thousands of other papers in libraries scattered around Europe and the Middle East. With their virtual burial, a message of peace, inclusiveness, and tolerance was lost.

“No fear shall be upon them, nor shall they grieve.” This verse from the Holy Qur’an (2:62) refers to all the monotheists of the Prophet’s time, Jews, Christians, and Sabeans, and promises that these groups, being righteous in action, and aligned with Muslims in their belief in one God, would be protected. The above divine revelation, an edict transmitted to the Prophet Muhammad from God, guaranteed a future of unity and safety. Nevertheless, as an essential feature of his nation-building efforts, the Prophet Muhammad went even further, creating documents meant to serve vast populations living under Islamic rule as long as “the sea wets the shells on the shore.”

Due to those covenants, newly explored by Dr. Morrow, Muslims now have an additional rigorously authenticated religious resource — the detailed Ashtiname — peace letters or covenants spoken by the Prophet and written down verbatim. Through dictation and diplomacy, the Muhammad formulated treaties with most of the religious communities on the Arabian Peninsula and beyond. Some of the major covenants include: 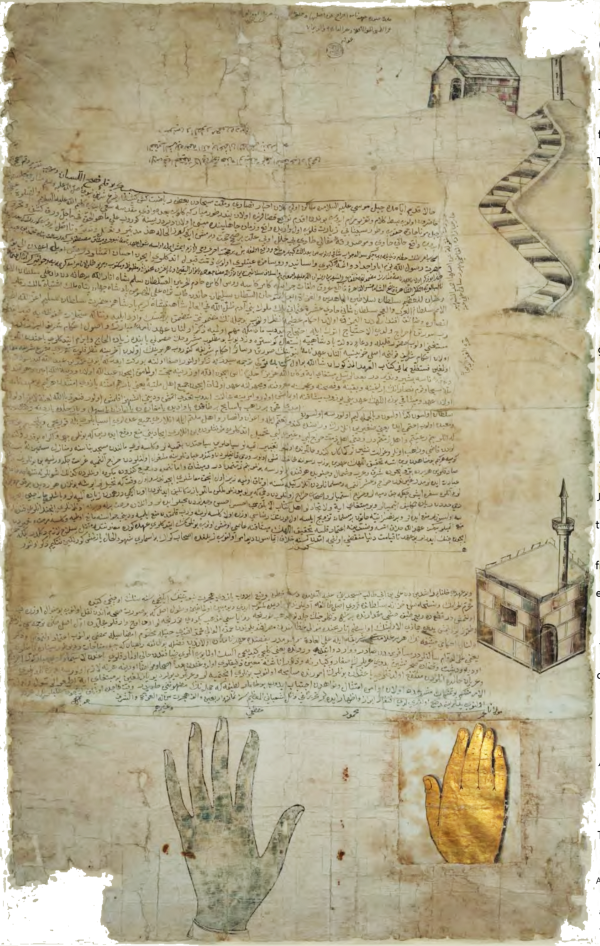 Over just a few years, the Islamic Ummah, or nation, expanded widely, until it gradually encompassed territory that included peoples of various sects. As Dr. Morrow suggests in his book, “A visionary long-term planner, the Prophet understood that the spread of Islam could take centuries. What he sought to create were the conditions under which the seeds of Islam could be planted and watered, thus enabling Muslim seeds to sprout, grow, and spread. If a population preferred to remain heathen, Christian or Jewish, they were entitled to do so as long as they entered into a covenant with the Islamic State as protected people.” Thus, rather than initiate any conflict with those populations, groups who had largely lived in harmony for generations, Muhammad resolved to ensure that they continued to feel connected and protected by detailing the mutuality of the support each provided, first from the Prophet, the Islamic Nation, and his designated successors or caliphs, and then from the group specified in the treaty.

Beyond protection, these covenants outlined forbidden actions, that is acts which the Muslims in these areas were prohibited from initiating. The rights and privileges granted to the Christians of Najran, a place in what is now southern Saudi Arabia where Christianity took root in the 4th century, are mirrored in most of the other treaties as well:

“To the Christians of Najran and its neighboring territories, God’s protection and the pledge of His Prophet extend to their lives, their religion, and their property. It applies to those who are present as well as those who are absent. There shall be no interference with the practice of their faith or their religious observances. There will be no change to their rights and privileges. No bishop shall be removed from his bishopric; no monk from his monastery, and no priest from his parish. They shall all continue to enjoy everything they previously enjoyed great or small. No image or cross shall be destroyed. They will not oppress or be oppressed.”

In a place and time where religion and pagan beliefs were a major driver of conflict and almost perpetual warfare, the covenants of the Prophet Muhammad provided an umbrella of safety and freedom for hundreds of communities. In covenants written for general societies, unlike the abbey on Mount Sinai which was an exclusively male population, Muhammad added previously unheard-of rights for women:

“Christians must not be subjected to suffer, by abuse, on the subject of marriages which they do not desire. Muslims should not take Christian girls in marriage against the will of their parents nor should they oppress their families in the event that they refused their offers of engagement and marriage. Such marriages should not take place without their desire and agreement and without their approval and consent. If a Muslim takes a Christian woman as a wife, he must respect her Christian beliefs. He will give her freedom to listen to her [clerical] superiors as she desires and to follow the path of her own religion.”

By bringing the Covenants of the Prophet Muhammad to light in an age that sorely needs models of tolerance, compassion, and community, Dr. Morrow hopes to reach and influence Muslims who may not be aware of the more global and far-reaching intentions of the Prophet and Christians who may have relied too heavily on the one-faceted view of Islam promulgated by the media. Invited to speak at conferences, churches, mosques, and institutions from Dubai to California, Dr. Morrow seeks to restore the trajectory of benevolent statecraft instituted by the Prophet Muhammed over 1400 years ago.

Barbara Castleton, MA, is a professor of English at South Seattle College. She is the co-author of Arabic, Islam, and the Allah Lexicon: How Language Shapes Our Conception of God and has published several articles on Arabic socio-linguistics in peer-reviewed journals.

Enemies and Friends of the State: Ancient Prophecy

Your Purpose in Life

Jerusalem Temple And Its Older Brother: The Ka'ba

The Islamic Jesus: A Gap Or Bridge Between Christians And Muslims?

Harmony Between Descendants of Prophets

How is Islam Similar to Christianity and Judaism?

Christian and Islamic View: Man on the Cross

The Benefits of Non-Muslims Visiting Mosques

Food for Religious Thought on Thanksgiving Day
Disclaimer
The opinions expressed herein, through this post or comments, contain positions and viewpoints that are not necessarily those of IslamiCity. These are offered as a means for IslamiCity to stimulate dialogue and discussion in our continuing mission of being an educational organization. The IslamiCity site may occasionally contain copyrighted material the use of which may not always have been specifically authorized by the copyright owner. IslamiCity is making such material available in its effort to advance understanding of humanitarian, education, democracy, and social justice issues, etc. We believe this constitutes a 'fair use' of any such copyrighted material as provided for in section 107 of the US Copyright Law. In accordance with Title 17 U.S.C. Section 107, and such (and all) material on this site is distributed without profit to those who have expressed a prior interest in receiving the included information for research and educational purposes. For more information go to: http://www.law.cornell.edu/uscode/17/107.shtml If you wish to use any copyrighted material from this site for purposes of your own that go beyond 'fair use', you must obtain permission from the copyright owner.