Udhiya/Qurbani orders are closed for this year.

Thank you for you interest in donating your Udhiya thru IslamiCity.

We are sorry that we cannot take any more Udhiya orders for this year.
The order taking for Udhiya will resume next year.

What is IslamiCity's Qurbani Program?

Since 2000, IslamiCity has been organizing annual Qurbani and working with agencies in distributing the meat to benefit some of the world's poorest and vulnerable people.

Which countries do you serve?

Is my donation tax deductible?

Inspiration of the Prophet

and to provide for the poor and needy. The Prophet Muhammad

was once asked by his Companions: "O Prophet of Allah! What is this qurbani?" He replied, "It is the Sunnah of your father Ibrahim SWT." (Hadith - Ibn Majah)

says in the Qur'an: "It is neither their flesh nor their blood that reaches Allah; it is your piety that reaches Him." (Qur'an 22:37)

Qurbani has been performed from the time of Ibrahim

and commemorates also Ibrahim's willingness to sacrifice his son, who was replaced by an animal at the time of sacrifice.

More related hadiths on this matter from:

How does the Udhiya/Qurbani program work?

Ideally the meat from the Qurbani sacrifice should be shared between one's own family, friends and the poor. It is very difficult to perform a Qurbani sacrifice in most western countries, and there are also relatively fewer poor people that can accept raw meet as charity, so it is permissible to pay for a sacrifice to be performed on one's behalf in another country, and for all the meat to be distributed to the poor.

The Qurbani sacrifice through IslamiCity is performed according to islamically prescribed methods in a country of your choosing (or where most needed) and the meat is distributed to the poor and needy.

In the name of Allah, Most Gracious, Most Merciful.

The sacrificial camels we have made for you as among the symbols from Allah. In them is (much) good for you: then pronounce the name of Allah over them as they line up (for sacrifice): when they are down on their sides (after slaughter), eat ye thereof, and feed such as (beg not but) live in contentment, and such as beg with due humility: thus have We made animals subject to you, that ye may be grateful. It is not their meat nor their blood, that reaches Allah. it is your piety that reaches Him: He has thus made them subject to you, that ye may glorify Allah for His Guidance to you and proclaim the good news to all who do right. (22:36-37)

The word udhiyah means an animal of the 'an'aam class (i.e., camel, cow, sheep or goat) that is slaughtered during the days of Eid al-Adha because of the Eid and as an act of worship, intending to draw closer to Allah

thereby. This is one of the rituals of Islam prescribed in the Book of Allah and the Sunnah of His Messenger

, and according to the consensus of the Muslims. 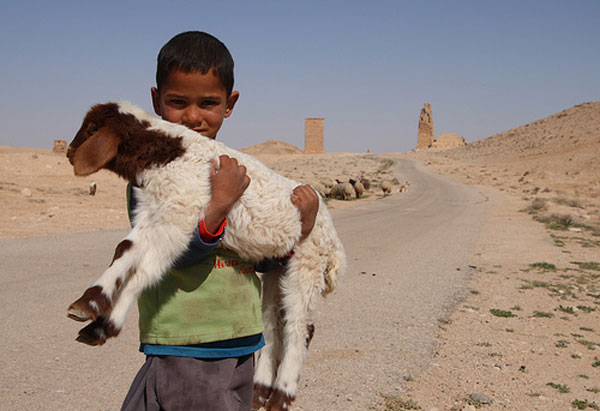 Should you take a loan to buy Udhiyah/Qurbani?

...there is no need to take out a loan in order to buy the sacrificial animal, because it is not obligatory for one who is not rich, according to scholarly consensus. 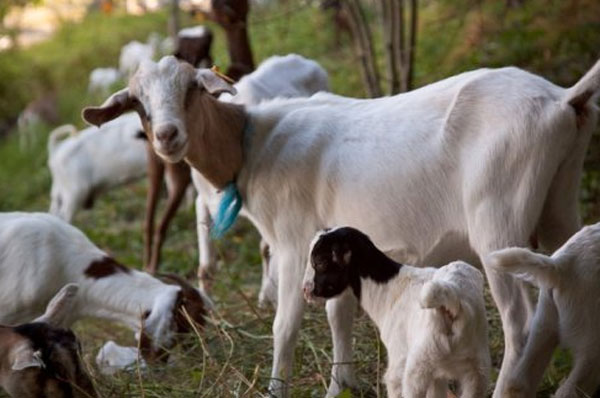 Can I make up Udhiyah/Qurbani?

The correct view is that it is Sunnah mu'akkadah for the one who can afford it, but there is no sin on the one who does not do it. 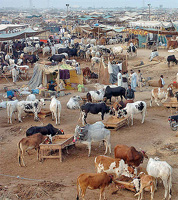 Hajj and the Animal Sacrifice

Sacrifice upholds the sacredness of life, that it, in fact, constitutes a pledge by the pilgrim that he will slay for sustenance only...


Always check with your accountant or tax preparer for local tax benefits and laws.