Islamic Cultural Center of New York - IslamiCity
Welcome to the world's oldest and most recognized Islamic Web site. Have a blessed Ramadan! Login/Sign Up

You don't have to be Muslim to appreciate the striking Islamic Cultural Center of New York (ICCNY), which houses the two traditional elements that make up an Islamic house of worship - a mosque and a minaret. One of the more architecturally interesting buildings in New York City, the Islamic Cultural Center is often called the "96th Street Mosque" or the "New York Mosque." The mosque was designed by the well-known architectural firm of Skidmore, Owings & Merrill, filling an entire city block in the Upper East Side of Manhattan. Architectural enthusiasts will appreciate the blending of ancient Islamic tradition and modern design and materials. It's definitely worth a visit. While the main Prayer Hall accommodates more than 1,000 people, approximately 4,000 faithful worshippers attend Friday prayers at the Mosque. You might want to call ahead to see when would be the best time to visit: (212) 722-5234.

The Islamic Cultural Center is located at 1711 3rd Avenue in New York City, between East 96th and 97th Streets. More specifically, the ICCNY is at the 96th Street and Lexington Avenue Subway Stop of the 6 train on the Upper East Side of Manhattan. 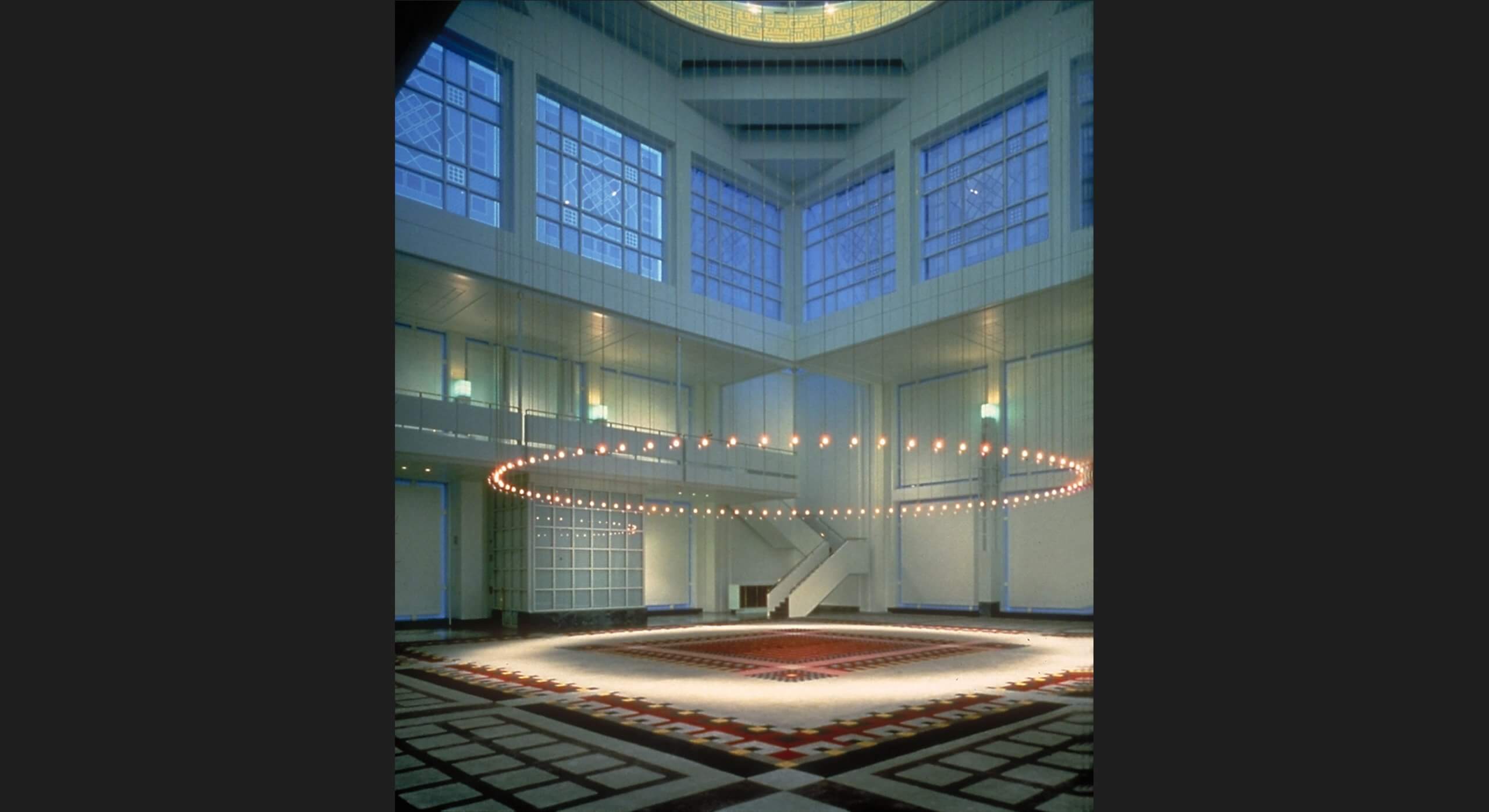 Plans to build the ICCNY were first drawn up in the 1960s, but the project met many delays, the relocation of tenants in the NYC designated construction area, the demolition of buildings on site, and the raising of money to build such a massive mosque. In the end, most of the project was funded by the Kuwaiti government; however, 46 Muslim countries made contributions toward the $17 million mosque. Finally, in 1987 construction began. And on April 15, 1991, the mosque opened its doors for the traditional feast of Eid ul-Fitr. This was a historic moment, as the ICCNY was the first building erected as a mosque in New York City. Today, there are numerous mosques throughout the area: 28 in Queens, 27 in Brooklyn, nearly 20 in Manhattan and in the Bronx, and at least 8 in Staten Island.

Constructed of steel, concrete, marble, and glass, the marvelous mosque has won many architectural project awards, such as the 1993 Award of Excellence from the International Association of Lighting Designers; the 1992 Downstate Building Award from the General Building Contractors of NY State; 1992 Art and Architecture Award from the Interfaith Forum on Religion; and 1992 Interiors Award from Interiors. It's truly a structure you must see in person to fully appreciate its beauty and significance.

Jallali El-Idrissi, Bellhop to Presidents at Waldorf, Dies at 74

Israel vs. Palestine on Times Square: More than a thousand rally in NYC

Catholics must speak out against Islamophobia

The Mosque of Rome

Visiting the Islamic Society of Boston

Mosque Controversy: Signs of Religious Intolerance?
COMMENTS DISCLAIMER & RULES OF ENGAGEMENT
The opinions expressed herein, through this post or comments, contain positions and viewpoints that are not necessarily those of IslamiCity. These are offered as a means for IslamiCity to stimulate dialogue and discussion in our continuing mission of being an educational organization. The IslamiCity site may occasionally contain copyrighted material the use of which may not always have been specifically authorized by the copyright owner. IslamiCity is making such material available in its effort to advance understanding of humanitarian, education, democracy, and social justice issues, etc. We believe this constitutes a 'fair use' of any such copyrighted material as provided for in section 107 of the US Copyright Law.

Older Comments:
MARWAAN FROM SOUTH AFRICA said:
Great to see such a beautiful mosque in New York City,may the muslims there go from strength to strenght insha-Allah ameen
()